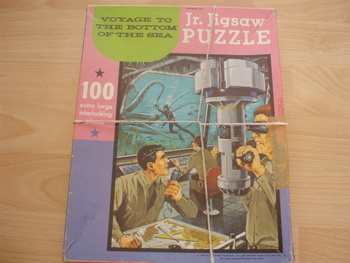 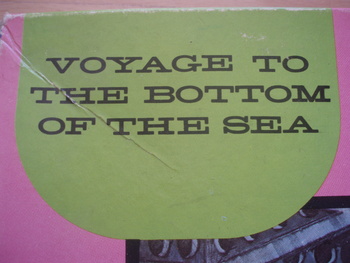 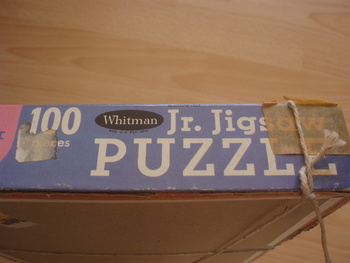 Voyage to the Bottom of the Sea was the first of Irwin Allen's four science fiction television series, as well as the longest-running. The show's main theme was underwater adventure. 130 episodes from 1964-1968.
I was going to remove the string around the box when taking the photo then figured this is how we were taught to keep our puzzles intact.
This Junior Whitman jigsaw is from 1964.