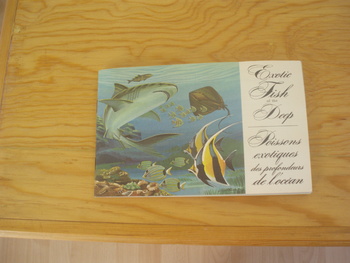 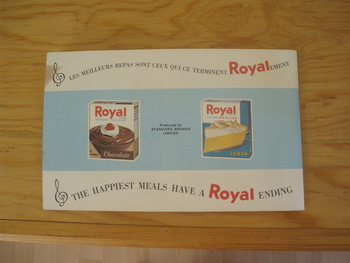 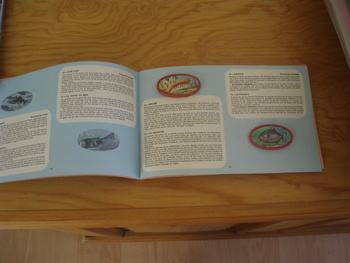 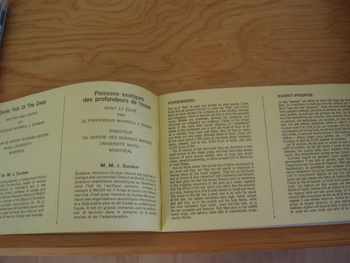 In 1929 the Fleischmann Company, the Royal Baking Powder Company, and Chase and Sanborn merged to become Standard Brands Incorporated. Later, in August of that year, the Canadian branches of the parent companies, including E.W. Gillett, officially became known as Standard Brands Limited.
Royal instant pudding and pie filling is the Canadian pudding company of their parent company Standard Brands. Like Shirriff jello in the 1960's Royal inserted plastic premium coins in their boxes of powdered puddings. The plastic coins were "Exotic fish of the Deep". You could insert your coin matching the photo in the booklet written in English and French which could be ordered from the company.