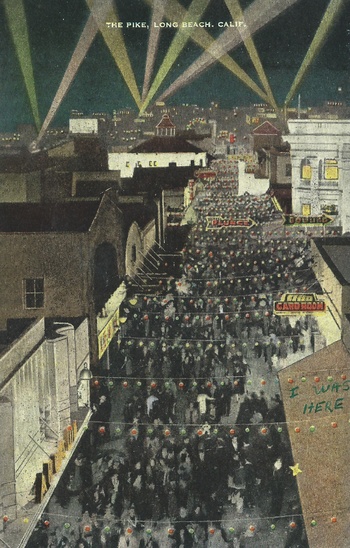 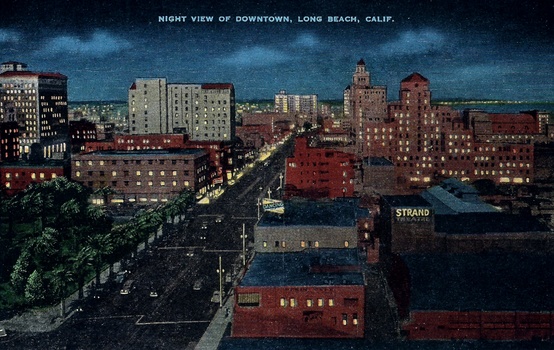 These 2 postcards are taken from a fold-over postcard set sent to Miss Isobel Peltier, Bourbonnais, IL in April of 1951. The sender was in the Navy because on one of the cards he writes "this is the corner where I catch the bus to my ship". On the first card of the famous now gone -Pike he's written "I was here". The 2nd is a night view of downtown Long Beach. I don't recognize much. These postcards aren't as true as old photographs, but they are pretty. I love the searchlights in the first image.