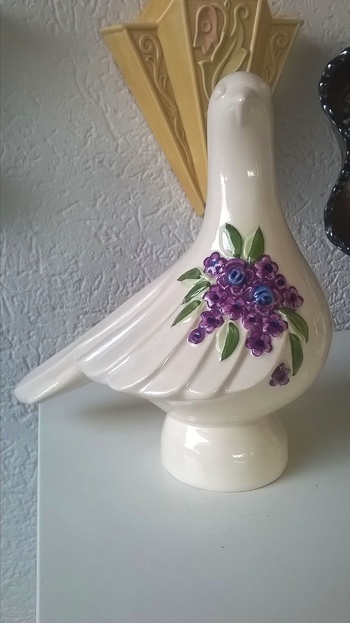 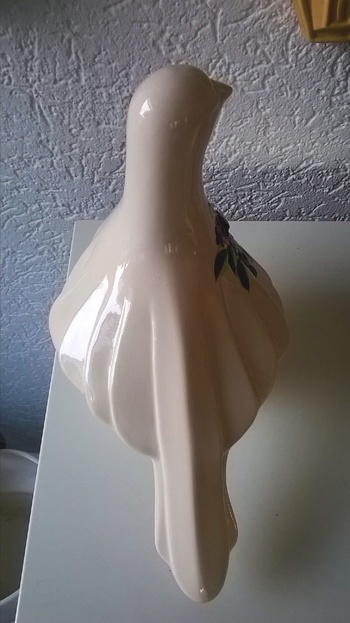 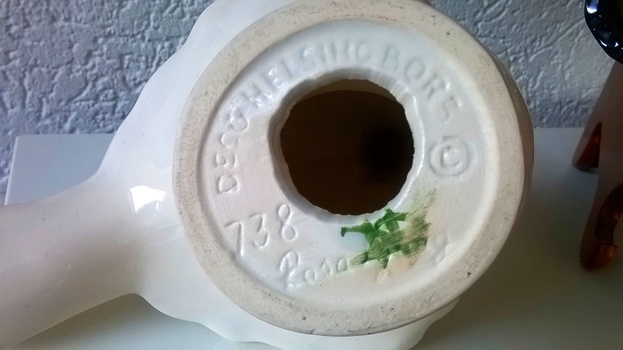 Another find from the local thrift shop for a buck. This dove is likely to be an early piece. Later pieces carried sticky labels.

"Rosa Ljung was a Swedish ceramic designer, who died in 1983 aged 65. She appears to have been a very productive lady, especially during her time at Deco Ceramics, based in Helsingborg. Her designs must have been popular too, the company continued to make ceramics based on her work long after she had moved on. Which may explain why, when visiting any Swedish second hand shop or auction house, there’s always one item or another of her designs available. For good or for bad.

Deco Ceramics started up shop in Helsingborg in 1955. Business was doing fine and in 1974 another factory was opened in Torekov, by 1985 all ceramic manufacturing had moved there.

Good things never last. Deco had collaborations with Höganäs Ceramics. When their factory closed down in 2008 (moving manufacturing to the Far East), this had disastruous consequences for Deco. Simultaneously competition from cheap products from China became overbearing.

Looking forward to peace and prosperity for all in 2017!
Bonnie