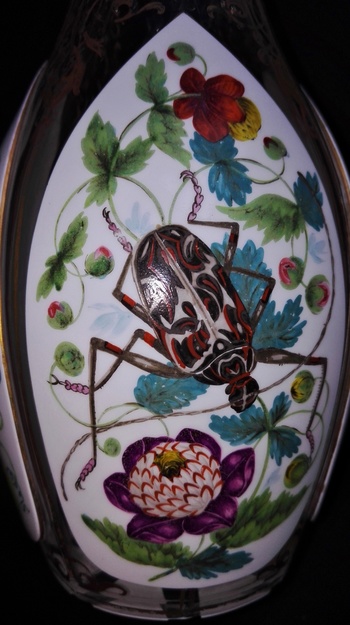 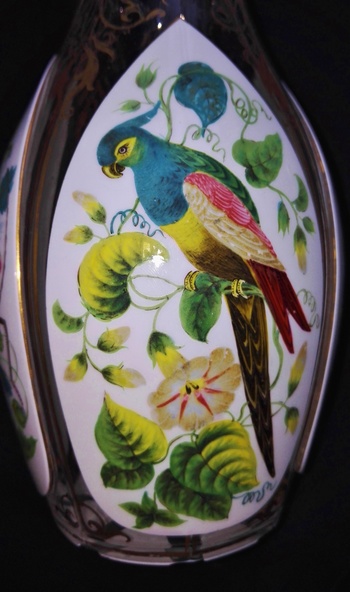 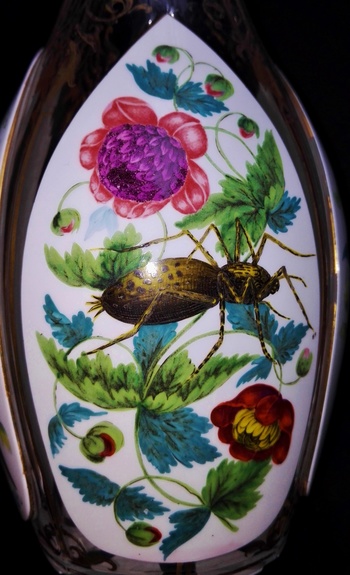 This exceptional Harrach vase was made in the 'Waning Rococo Revival' period about 1850-60. The clear crystal glass, covered by white opal stannic oxide containing overlay, is cut by eight planes beginning at the neck and ending into small arches and thereby giving rise to four gothic gilded windows ready for carefully painting. In the 1860's, there was a high interest in exotic plants and animals of far away countries, at this time the Vienna museum of natural history was reopened in a modern building. The painters relied on coloured scientific published lithographs, some of which are still kept the the Harrachov Museum, and copied them masterfully. This artistery was merely never met again on painting glass. To my opinion, this vase was décorated vividly by Wilhelm Hofmann refinerie at Prague or Vienna. My photos show two detailed parrots, which might easily be identified by some expert ornithologues, one 'Goliath' bug and an impressive spider, unknown to me. The vase stands 26x12 cm and the painted windows are 11x8 cm, therefrom you may imagine the very minute painting of the flowers and animals.