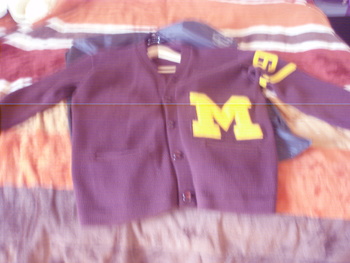 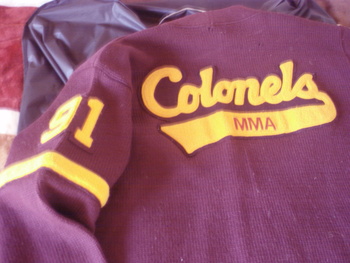 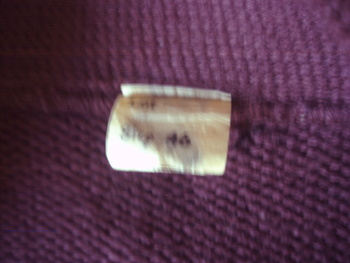 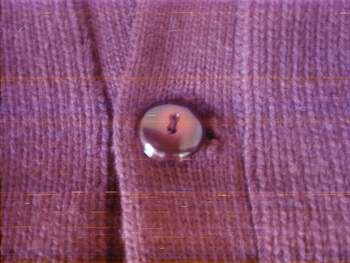 I found this MMA Letterman football wool sweater in a thrift store close to Disney World in the 1990's. It stood out among the clothes rack as I was passing by and I just couldn't resist buying it. I'm guessing it's from the 1960's as the size tag is more modern from similar sweaters from the 1940's and 1950's. The student was a size 46 and with a #91 must have been defense. Here is a little history about the academy from wikipedia: The Missouri Military Academy (MMA) is a private preparatory school established on November 22, 1889, in Mexico, Missouri, U.S. It is a selective, all male, boarding school, grades 7 to 12. As a U.S. Army Junior Reserve Officers' Training Corps Honor Unit With Distinction (as designated by the Department of the Army), it has the privilege of nominating cadets to the U.S. Military Academy, U.S. Naval Academy, U.S. Air Force Academy, and U.S. Coast Guard Academy.