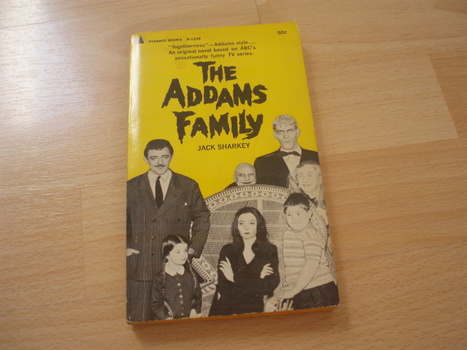 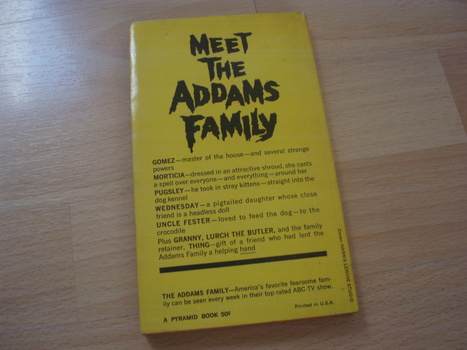 In 1964, the ABC TV network created The Addams Family television series based on Addams's cartoon characters. The series was shot in black-and-white and aired for two seasons in 64 half-hour episodes (September 18, 1964 – September 2, 1966). During the original television run of The Addams Family television series, The New Yorker editor William Shawn refused to publish any Addams Family cartoons, though he continued to publish other Charles Addams cartoons. Shawn regarded his magazine as targeting a more refined readership and did not want it associated with characters who could be seen on television by just anybody. After Shawn's 1987 retirement, the characters were welcomed back to The New Yorker.
The Addams Family is a fictional household created by American cartoonist Charles Addams. The Addams Family characters have traditionally included Gomez, Morticia, Uncle Fester, Lurch, Grandmama, Wednesday, Pugsley, and Thing.

The Addamses are a satirical inversion of the ideal 20th century American family: an eccentric wealthy aristocratic clan who delight in the macabre and are seemingly unaware or don't care that other people find them bizarre or frightening.
THE ADDAMS FAMILY by Jack Sharkey (Pyramid Books R-1229, 1965) 4 1/4 x 7, 176 pages is a full novel based on the TV series. This was one funny show!!!