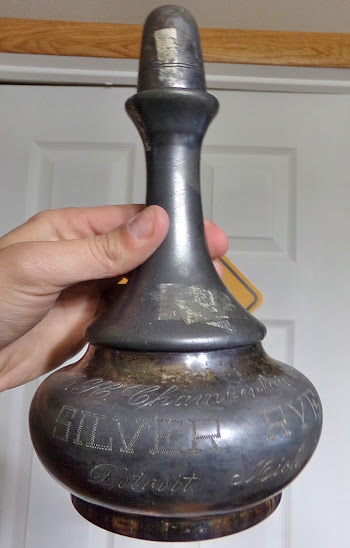 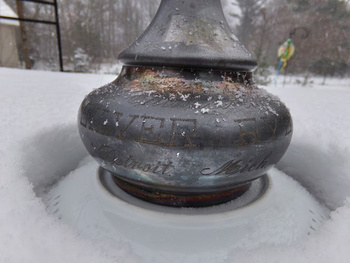 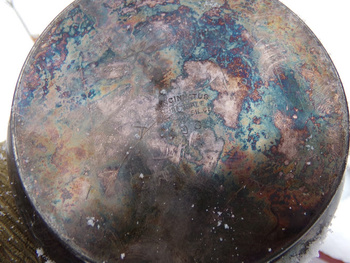 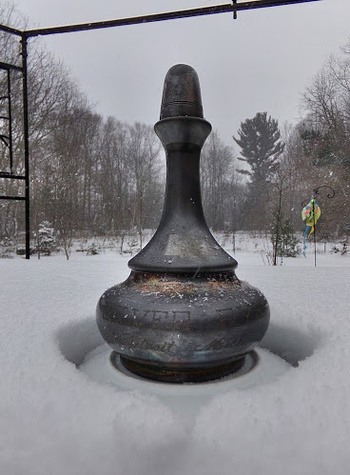 Thrift-store find. "M. H. Chamberlain's Silver Rye" decanter from Michigan. Circa 1888. Likely used as a back-bar bottle. Almost all silver plate has long since worn off.

Info from one site:
"M.H. Chamberlain Co. Distillery was located in Detroit, Michigan, and was in operation from about 1879 to 1900. The company was a whiskey, bourbon, and rye distillery operation, which their advertising items rarely surface. After 1900, the company became known as C.H. Ritter & Co and it continued the Chamberlain brand name."
Source:
http://www.worthpoint.com/worthopedia/chamberlain-cos-silver-rye-1890s-131623564

I was able to put the circa 1888 date on it because of the plating company that made it, Queen City Silver Co.

Curious: If I clean it up well, is there something I can spray on it to make it look like silver plate again? 90% of the visible surface plate has gone. 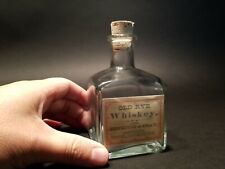 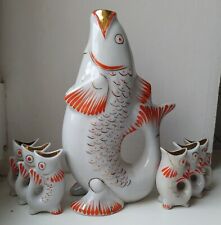