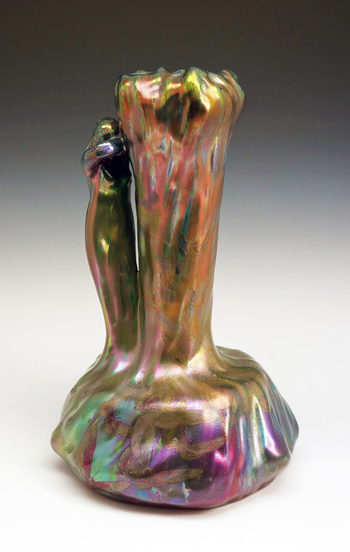 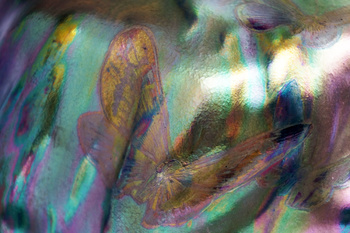 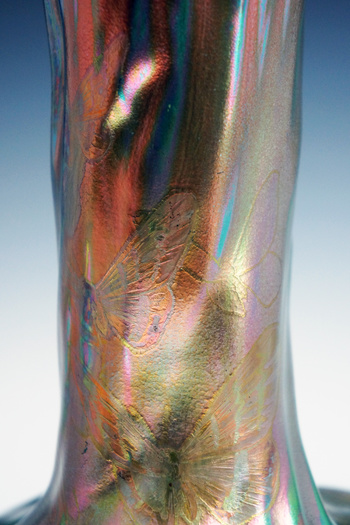 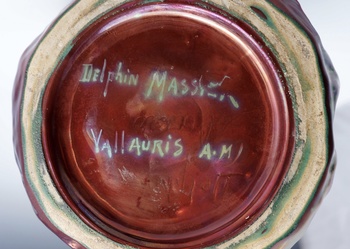 Clement Massier, largely with the assistance of Levy-Durhmer, is often credited with introducing Symbolist movement motifs to Art Nouveau pottery, but it was his older brother Delphin Massier who often would take those Symbolist motifs and forms and turn up the aesthetic to eleven. This electrically iridescent vase is particularly interesting for the addition of painted butterflies on the vase base, neck and back, which adds to the mystery and allure of the piece. Delphin was arguably better than Clement in bringing out strong iridescence in his pieces, which can clearly be seen here. The intense colors and shine would gives the impression this piece is constructed of carnival glass, not luster glazed stoneware.

The underside is doubly interesting, in that the form is both incised with "Delphin Massier" and painted the same, which makes me wonder if Delphin actually had a hand in modeling the form. I haven't seen another Delphin Massier piece with an incised bottom. Dimensions: 12"(H) x 8"(W, base)