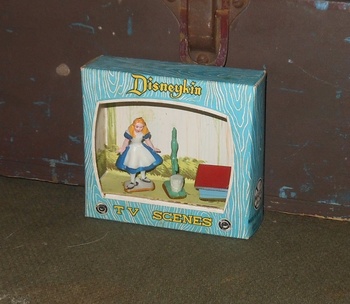 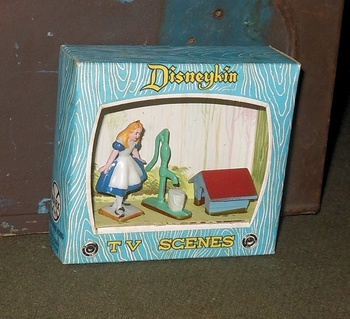 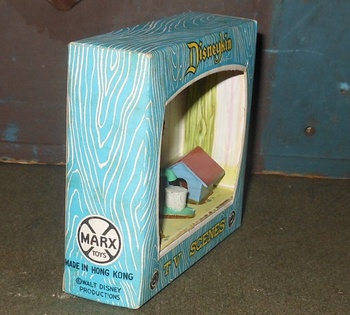 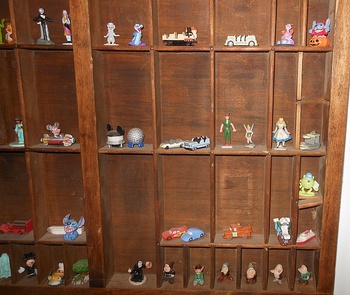 The TV Scenes Disneykin series was released in 1961. The box is supposed to look like a television of the early 1960s.
As Alice has a water pump and a dog house as her accessories it does not appear that she is in Wonderland at this point. Marx probably had those pieces sitting around from another set. Marx did good quality material but they were a bit thrifty.
These are about 3 3/4" x 2 3/4".