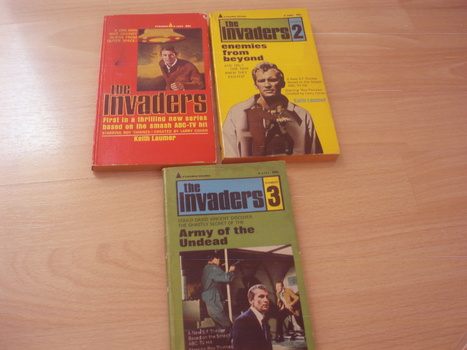 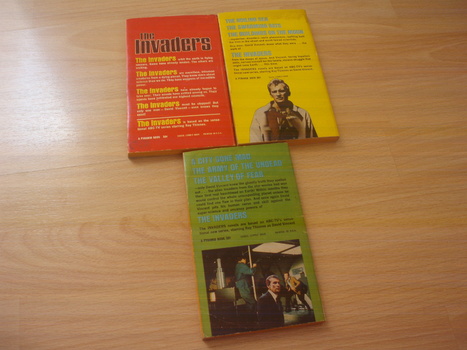 Growing up in the 1960's was great especially with the many new TV series being offered we loved to watch. Not understanding anything about TV ratings we were surprised more then once when one of our favorite series was cancelled. The Invaders was another great show I watched and never missed an episode until it ended after only 2 years.

The series was a Quinn Martin Production (Season One was produced in association with the ABC Television Network.

In the first eposide: David Vincent, an architect returning home after a hard, hard, day parks his car in an old ghost town in order to rest for a while before continuing on home. Suddenly, in the middle of the night, something wakes him: a strange object, nonhuman, that is landing in front of his eyes. From this moment he will be trying to persuade a skeptical world that the invasion of our planet is going on, that the nightmare has begun

These 3 pocket books numbered 1,2 and 3 were written in 1967 and are first printings. There were 10 books in all produced on this tv series.

THE FOUNDATION TRILOGY by Isaac Asi...
$56