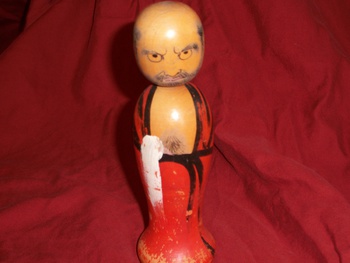 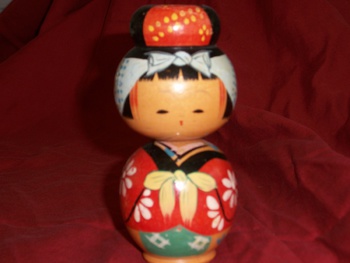 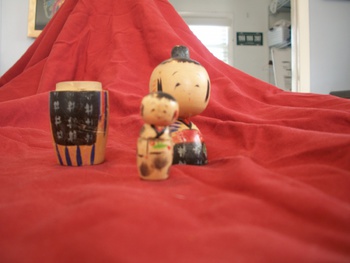 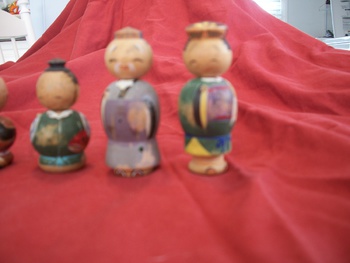 When my Father served in Korea he was stationed in Japan in 1953-54. He had a houseboy and when he found out that my father had just recieved word of a son(me) gave him an assortment of wooden dolls that his family had before WWII. I have many more images of all of these dolls and to be fair they have some wear. The angry red cloaked man stands about 8" tall with a head that swivels. The woman stands about 6" and also has a head that swivels. The Doll within a Doll is missing the small baby and only has the first two sets. She stands about 5" tall.
I also recieved 7 wooden Japanese dolls that had swivel heads but were only about 2" high. They had an assortment of accessories, like fishing pole, bucket, small string instrument, umbrella and a book. Alas these were my favorites and I played with them all the time. As a toddler I tried to swallow one but I can't remeber who it was at the times. As a result of all this playtime activity is that only the string instrment is left still attached. The rest of the accessories are gone and I can"t find them anywhere.