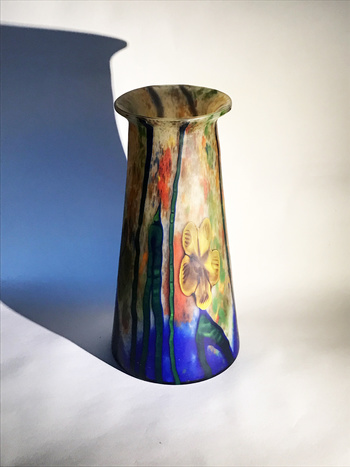 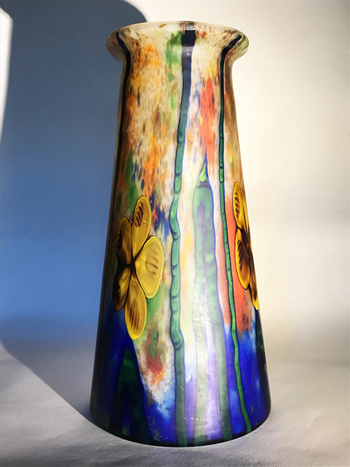 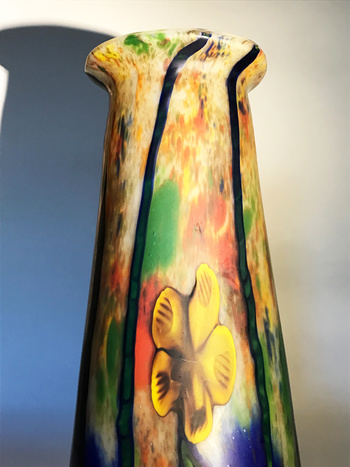 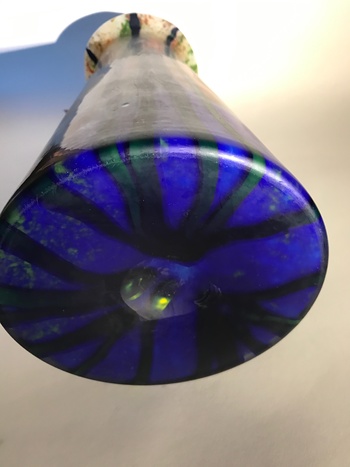 Just arrived from South Africa this wonderful Kralik Marquetry vase. Stands at 36cm (14") and weighs in at 3KG or 6.6lbs. I have always wanted a Marquetry but on the rare occasions I came across one for sale they were (and still are) generally very expensive. That is until I came upon this one, on an auction site in South Africa. It had never crossed my mind to research SA as a possible hunting ground for Bohemian art glass, but on reflection made sense with the country being colonised by Europeans from the 19th to early 20th centuries.

So my first venture into SA auction sites and BAM! There it was; beginners luck I guess. Correctly described as Bohemian Art glass and priced in Rand (Big number). However when I did the conversion to Stirling, the price was ridiculous for such a piece. I had to do it again - another two times just to be sure the math was right.

Well it was and although the postage was pretty pricey for such a large and heavy piece it was well worth the additional cost and arrived within 4 days of being posted, wrapped in bullet proof packaging.