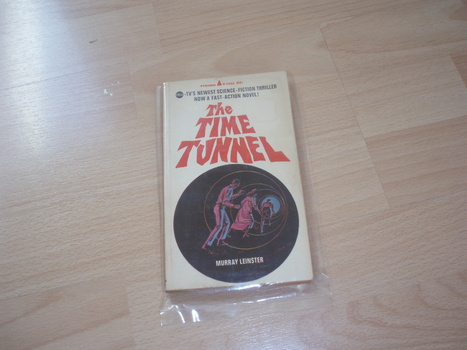 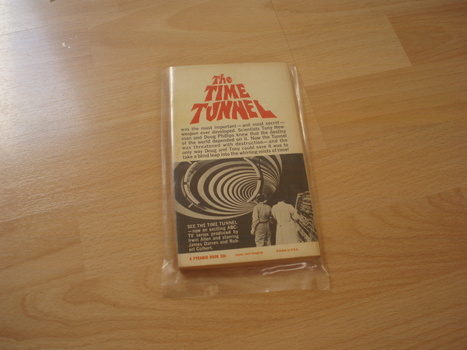 The Time Tunnel was a great show. Although The Time Tunnel was scheduled on Fridays (often considered the "death zone" for TV programs), the ratings for the series were solid and it looked very likely that the series would be renewed.
An ABC executive gathered support for a series entitled The Legend of Custer that he was in favor of and, since the fall schedule hadn't been announced, he lobbied to drop The Time Tunnel in favor of Custer.
The Legend of Custer was quickly cancelled after airing 17 low rated episodes.

Dissapointing for many young fans.

The Time Tunnel is a 1966–1967 U.S. color science fiction TV series, written around a theme of time travel adventure and starring James Darren and Robert Colbert. The show was inspired by the 1964 movie The Time Travelers and was creator-producer Irwin Allen's third science fiction television series, released by 20th Century Fox Television and broadcast on ABC. The show ran for one season of 30 episodes.

In the photos here is the Pyramid 1967 #1 pocket book written by Murry Leinster simply titiled The Time Tunnel. There was a second novel Timeslip. Time Tunnel Adventure #2. These were the only 2 novels written for the series both by Murry Leinster.
There were also comic books by Gold Key, A record, even a board game produced in 1966 by Ideal. In 1971 Bally Manufacturing produced a pinball game called The Time Tunnel. Not to many were released due to copyright infringements making it desirable today. A new pinball game was released with new artwork called Space Time.
We all got to enjoy one season at least of this exciting show!!

THE FOUNDATION TRILOGY by Isaac Asi...
$56