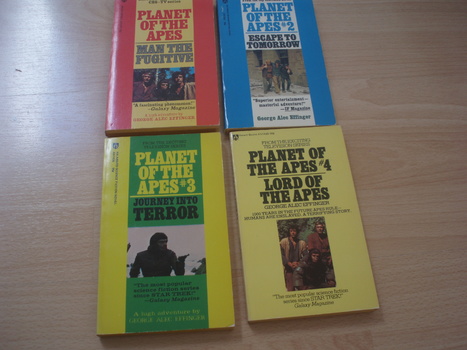 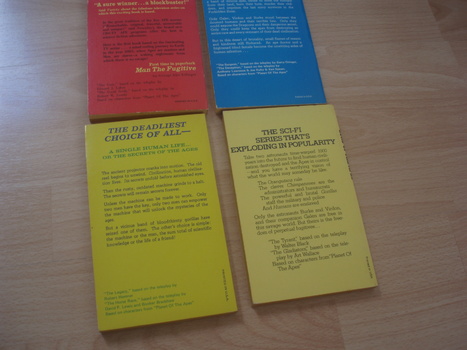 I remember watching The Planet of the Apes original 1960's movie starring Charlton Heston and Roddy McDowall on the big screen. Couldn't wait for the next movie to be released even though it took a couple of years for the sequels to follow. Then along came the 1974 CBS television series simply titled Planet of the Apes and all the toys, board games, pocket books, etc. based on the tv series.

Pictured here are 4 Awards pocket books #1,2,3,&4 based on the 1974 television series written by George Alec Effinger.
The television series enjoyed high ratings riding off the success of the big screen cinema movies and to this day Planet of the Apes has a solid following of fans.

THE FOUNDATION TRILOGY by Isaac Asi...
$40