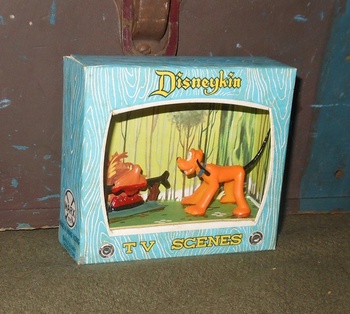 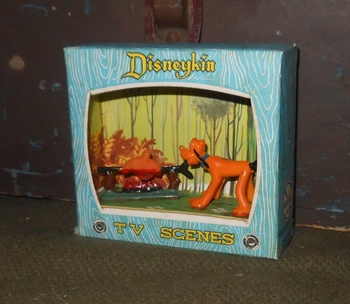 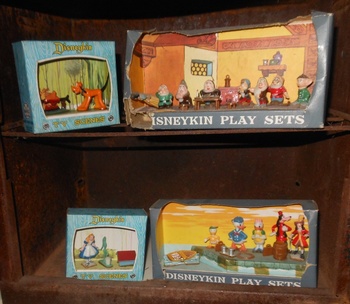 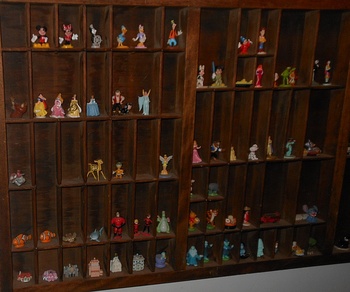 The Marx Disneykins were first produced in 1961 until 1972. As this was from the first part of series more likely towards 1961.
This one features Pluto the semi-nonanthropromorphic dog sniffing a fully nonantropromorphic bird being cooked.
These sets were made to simulate an early 1960s TV.
Got all four of my sets together in photo 3.
Last phot are some original Disneykins along with the recent/current park series figures.