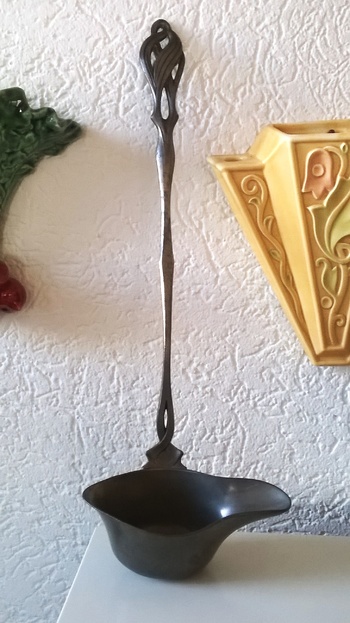 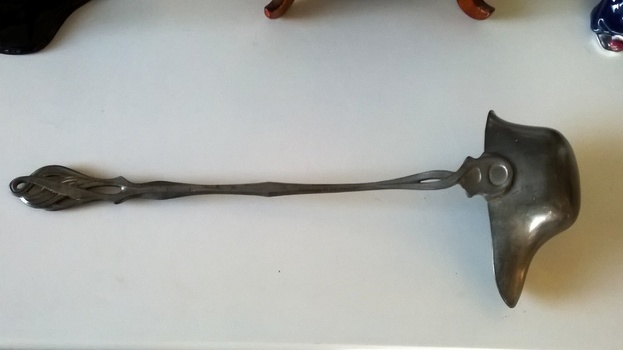 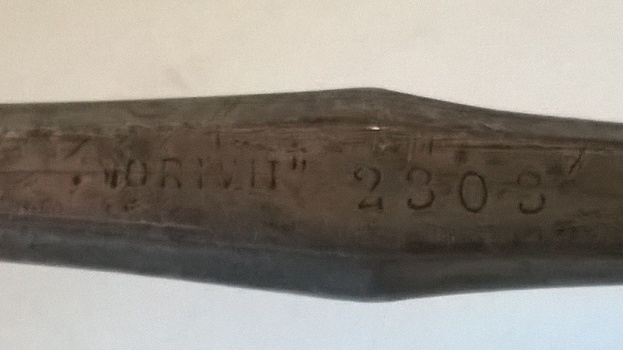 I thought it was a reasonable price for something more than 100 years old. :-)))
Didn't find another one of these on the web, but did find other items from Orivit.

The ORIVIT AG. was founded in 1894 as "Rheinische Broncegieserei fur Kleinplastiken" in Koln-Ehrenfeld (Germany) by Wilhelm Ferdinand Hubert Schmitz (1863-1939).
From 1896, they began the production of luxury items with the so called ORIVIT metal: 89,85% pewter; 7,9 % antimony; 1,9 % copper and 0,12 % silver. This ORIVIT metal was a richer and brighter pewter, that if well polished would look like silver with the advantage of a lesser cost of production and also a reduced oxidation of the metal compared to silver or silverplated items.

In 1901/02, ORIVIT built a new factory in Koln- Braunfels and began to use the new revolutionary press "the Huber ?Presverfahren".
Over the years, the Company has won several prizes: in Paris the gold medal at the world exhibition of 1900, in Dusseldorf the " 1902 Industrial Design Exhibition" and at the 1904 world exhibition in St Louis (USA) they won 2 Grand Prix prizes and 1 gold medal.

Nevertheless, in 1905 the Company was in a total financial collapse and the WMF "Wurttembergische Metalwaren Fabrik", another famous German metalware company, bought ORIVIT.

In 1906, ORIVIT AG aquired another German metalware company, ORION and more than 50 Orion designs many from Friedrich Adler, were to be used by ORIVIT. WMF produced items with the name ORIVIT until 1914.

The designers of ORIVIT were:

Thanks for looking at my ladle!
Bonnie