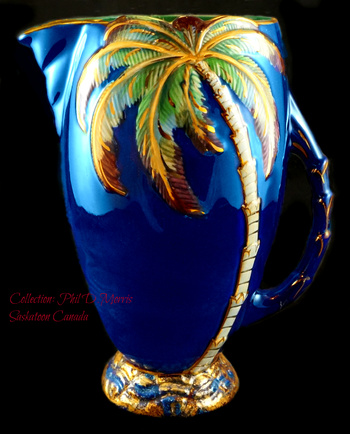 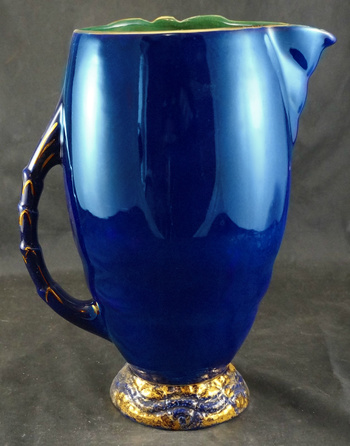 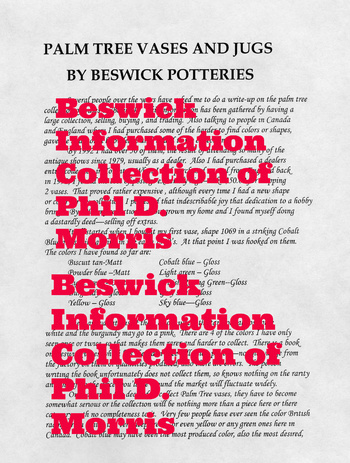 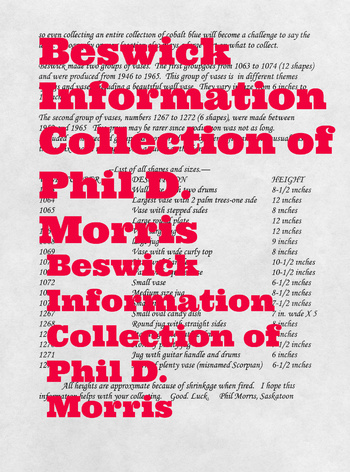 Beswick made two groups of palm vases. The first group were shapes 1063 to 1074 which were 12 shapes, there were 6 additional shapes in group two.
The designer for this jug 1067 was Albert Hallam in 1946. Stopped production by 1963. From talking to original buyers over the years I found out a lot of them were sold in good Jewellery stores over the years. Some of the owners got them for their weddings. Most were sold in England then Canada also. Not as many sold to the U.S. In the 1950's if these were sold and bought as wedding presents it would have been a very good one. Sometimes in the 50's a lot of ceramic wedding presents were just salt and peppers made in Japan.

This is the largest and most beautiful jug about 11 inches to 11 1/2 with some shrink to some. Received from England in 3rd week of January, 2017.