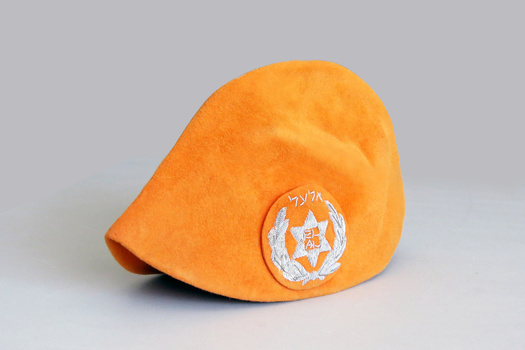 These felt Orange hats are a rarity to find these days as one of the airline industry's most iconic pieces. In 1968 as part of the airline's commercial change, EL AL commissioned Gideon Oberson, an Israeli swimsuit designer to design the new EL AL uniform. This featured an Orange space-age hat which complemented a miniskirt. These hats donned in Orange for air-crew and blue for Ground-Staff. The matching hat badges which are also shown on Collectors Weekly were respectively stitched to these hats.

Finding them became an issue as their material became a hot-spot for moths which would often eat away the cotton and felt leaving them damaged and in many cases derelict. The capes and skirts were eventually destroyed or recycled when new uniforms were introduced. 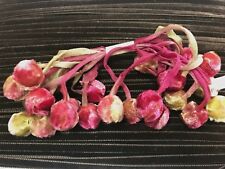 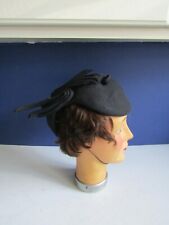 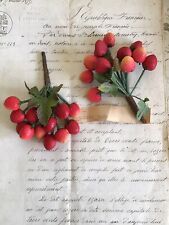 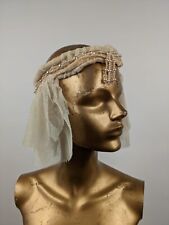