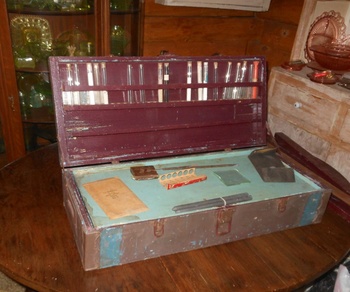 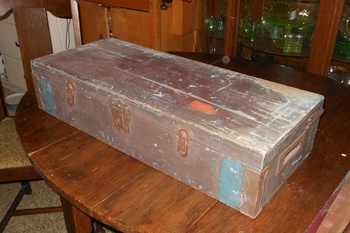 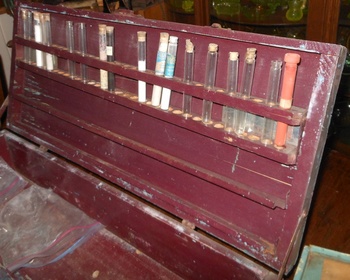 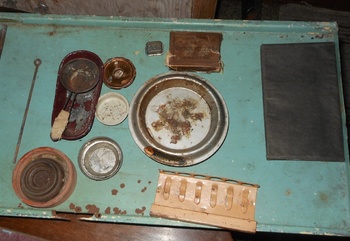 I am thinking that this is AC Gilbert set as at least one of the test tubes is marked Gilbert. That is another thing not to take to the bank so don't be quoting me on that.
This does seem to be a very early set as in the 1950s these came in metal cases which were lighter and took up much less room.
This was originally painted sea foam green as can be seen on the metal shelf and the spots on the case where the legs attach. Yes it does have legs which will be seen later.
Photo 4 shows some of the accessories. Lots of goodies with this and there will be at least one more post on this.