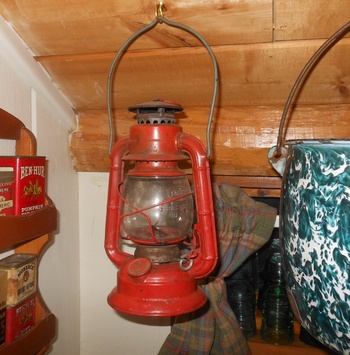 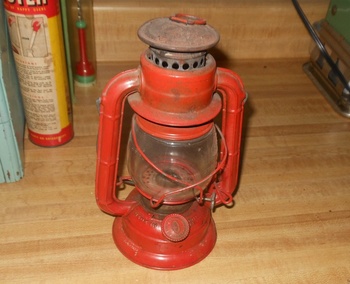 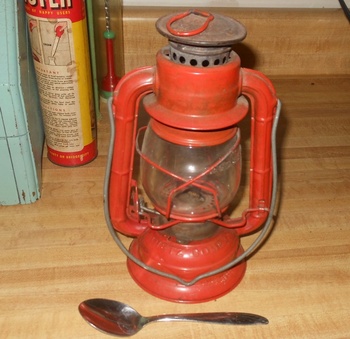 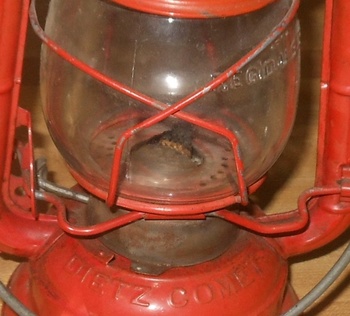 The Dietz Comet Lantern was originally made in 1934 as as export and after WWII it was sold domestically. It became the official lantern of the Boy Scouts.
Most of these lanterns are from the 1950s but this one is not all red like the 1950s models I have seen so I am thinking this is earlier.
This lantern is 8" tall and inexpensive which made it attractive to the Boy Scouts.
I see a lot of these made in China so look for the made in the United States of America examples. That is stamped on the top of the fuel (which is kerosene) reservoir.
This one has a wick. I should get some more kerosene. I have had this for a few years and haven't used it. I've been lazy and just used Coleman Propane lanterns in the frequent power outages. Kerosene tends to evaporate so I haven't used these of late but I think it is time. 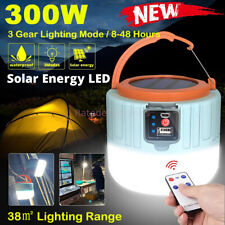 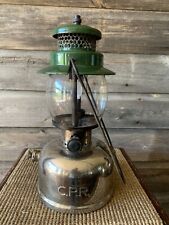 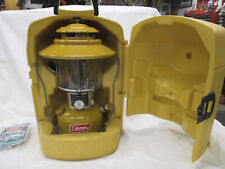 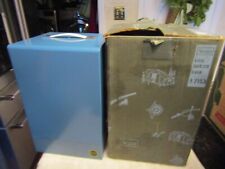