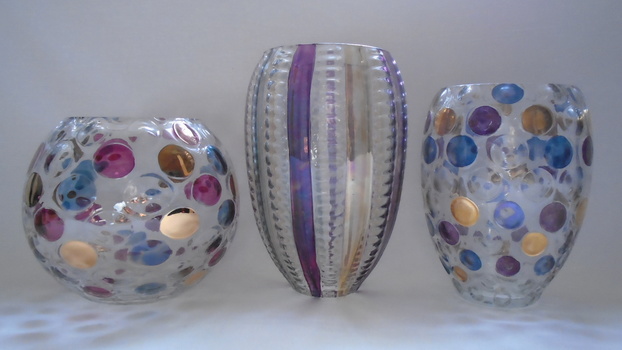 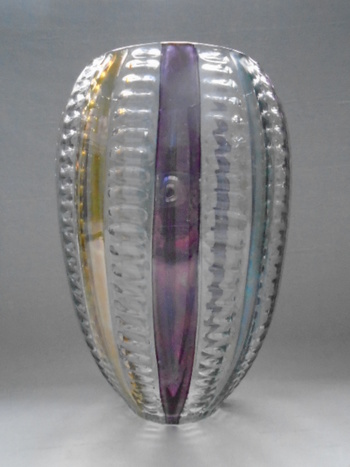 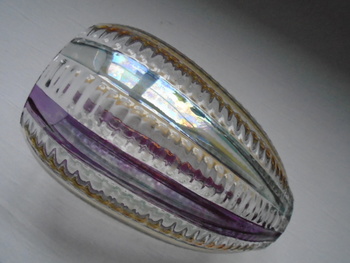 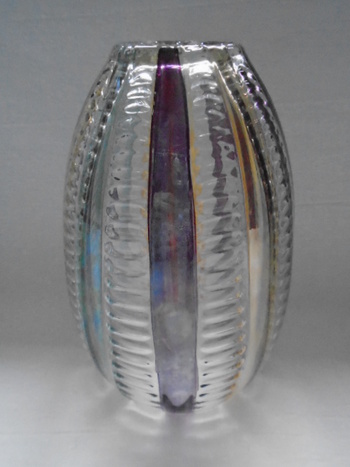 The 'Nemo' in the title was the name given to a design by Max Kannegiesser. It won first place in a glass design competition in Czechoslovakia in 1963. When it was manufactured and marketed it was a runaway success, selling 40,000 pieces in its first year. You can see two examples of the original 'Nemo' in image one.

Pleased with this, Borske Sklo tried to replicate the success of 'Nemo' by adding further examples to the range. All of them combined moulded optical effects with coloured lustres. All used the same colours and I did once own a different one.

None of them achieved anywhere near the sales enjoyed by the original 'Nemo'.......so this is a rare find.

10.02.2017
Today I posted this vase on the Facebook group 'Sklo Czech Glass' and asked if anyone knew anything about fake versions of this vase being produced.
Jindrich Parik replied saying that this is original. He added that there are no fakes as such, though Crystalex, the original producer of Nemo, did produce some more of this design just a few years ago.