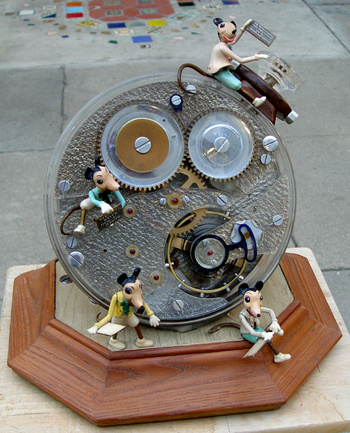 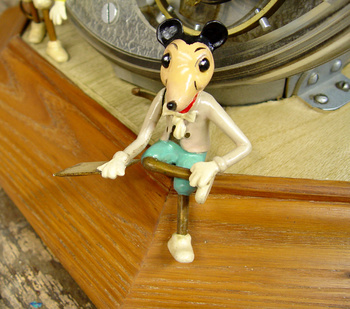 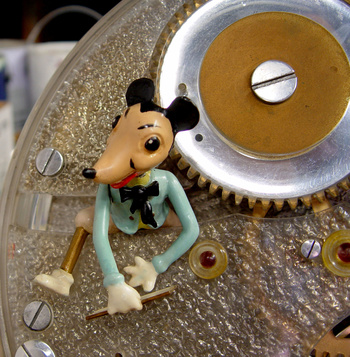 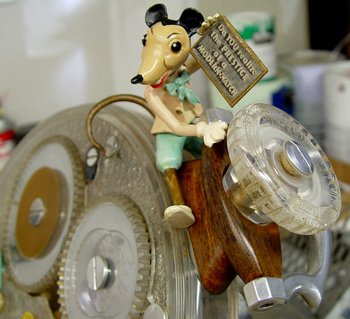 Most Baranger displays were to advertise diamonds, but this one was to advertise watch sales and repair. Because they were never sold, only leased to jewelry stores around the U.S. for a month at a time, Disney couldn't stop the use of Mickey's image. Walt Disney was watching closely what the Baranger Studios was doing, and vice-versa. Over 150 different moving displays were produced by the Baranger Studios between 1937-1957 with themes ranging from space to western, to aquatic, fairy tale and everything in between.

The factory closed in South Pasadena, CA when I was just out of high school, and I walked by the place on my way to school since the late 1960s. When they closed, I was hired to help pull all the motions out of the rafters, clean them up, and sell many of them. John Daniel, a well known magician at the time, was in charge of selling them. He built collections for people, and ultimately wrote a book about them, which I helped assemble.

I have specialized in Baranger displays since that time and carry on the tradition of educating folks about them, and collecting, restoring and selling them.

I carry the out of print book by John Daniel as well, it's fascinating and tells the complete story of this incredible business and shows images of every motion ever made.

Static images don't do these displays justice, they should be seen moving as they were intended; check out this video on YouTube: https://youtu.be/ZWs4nS3Jm1E

My website, www.BarangerStudios.com, will be completed soon, please feel free to contact me for more information about these incredibly charming and whimsical displays. 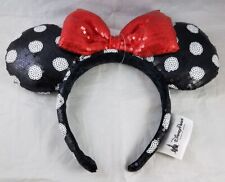 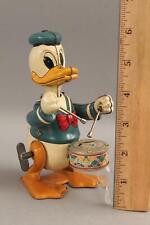