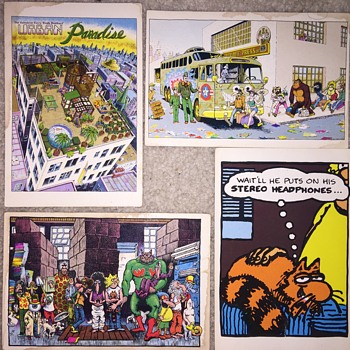 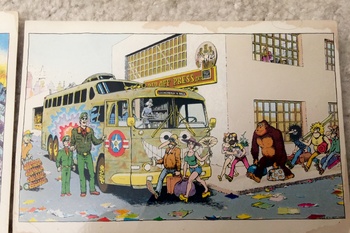 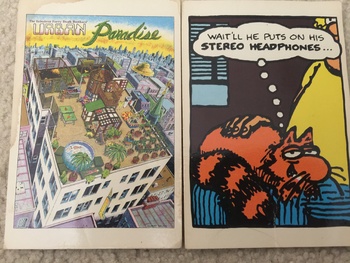 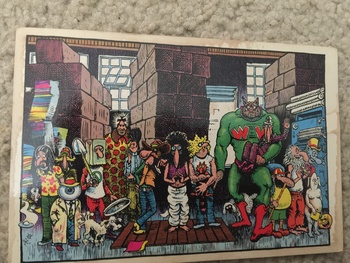 I bought a wooden cigar box a while back and it had a lot of postcards in it. Somewhere as early as the 1950s and then some more later. These particular postcards are from 1980 and 1981 . These are by Gilbert Shelton who's an American cartoonist and a key member of the underground comics movement. Don't know much about his work or anything. These postcards are not in the best condition as they have had some water staining along the way.