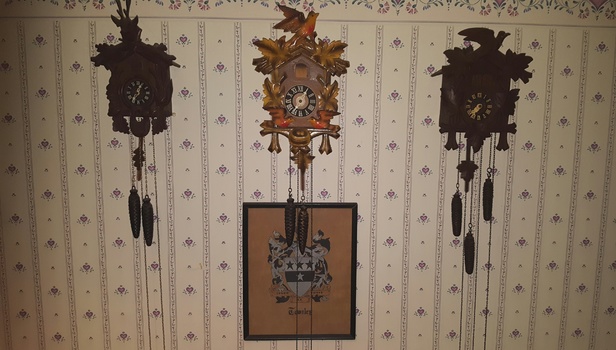 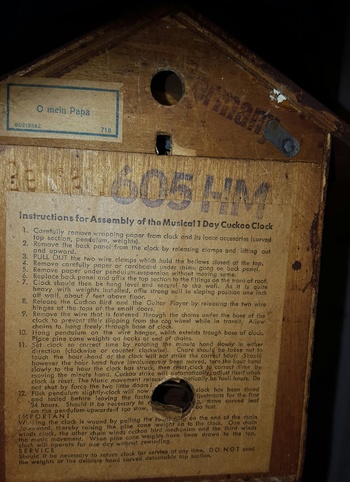 Left, hunter's cuckoo clock. This was my aunt's clock. I received this clock in the late 1970's.

Middle, this was my parent's clock. Dad bought it for their 20th anniversary in 1968. It is from the Cuckoo Clock Mfg. Co. The two birds on the bottom rock as the cuckoo sounds the hour and half hour.

Right, is a G M Angen musical cuckoo clock. It has all the labels still intact on the back of the clock. The music box label says Oh Mein Papa, however, the music is The Blue Danube Waltz. Not sure how it was mislabeled. Does this make it rare? Ha.