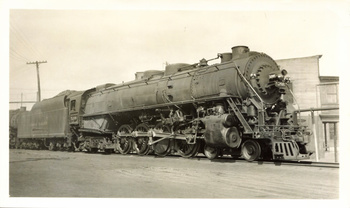 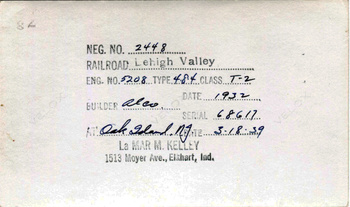 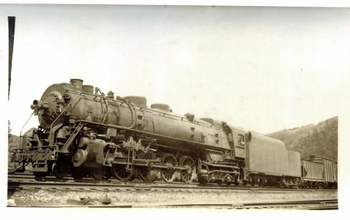 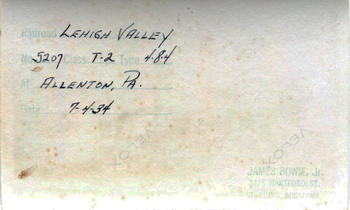 These two images are typical of the LV's motive power in the 1930s. The photos are revealing, and fortunately, the details of the subject, and the photographers' identifications were noted.

Nice looking locomotives, but none survive. The railroad offered a few to some towns on the line, but these offers were sadly rejected.

I also just detected that that 5207 has the "Bethlehem Boosters" on is tender. Theoretically, these were to help heavy trains ascend the mountains on the Valley's route more easily. But in practice, they didn't work so well, thus they were removed from the tenders.