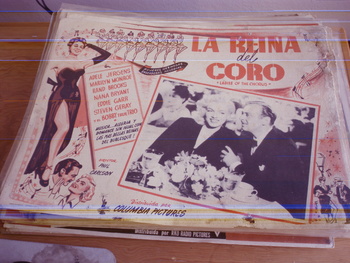 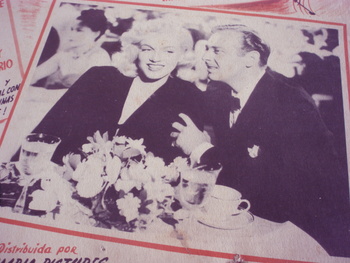 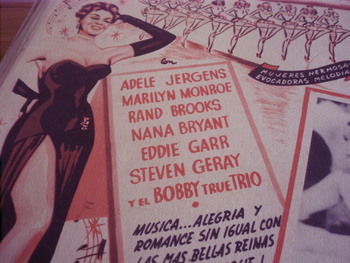 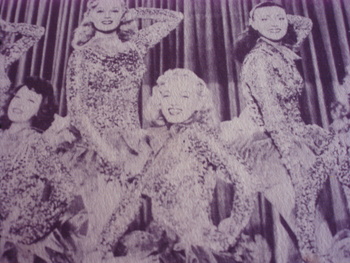 Good evening everyone,
It was great the other day to come across a big pile of classic American movie Lobby cards here in Mexico displayed in Spanish. Among the ones I bought were some lobby cards with Marilyn Monroe in her first big screen movie called " Ladies of the Chorus " The movie was released in 1948 and considered a B movie and was pulled from the movie theaters not too long after it's release and Marilyn Monroe's contract with Columbia Pictures was not renewed. This of coarse was before Marilyn become a big star. In this lobby card Marilyn Monroe is billed second following Adele Jergens who was credited first. In the 1950's the lobby card was re released featuring Marilyn as the number one star.

Her name was placed before the title, not only in advertising but on the film itself, which remains today.

Ladies of the Chorus is a 1948 American musical romantic drama directed by Phil Karlson and starring Adele Jergens, Marilyn Monroe and Rand Brooks. The screenplay, written by Harry Sauber and Joseph Carole, was based on a story by Sauber.

Peggy Martin (Marilyn Monroe) and her mother Mae (Adele Jergens) both work as burlesque chorus girls. After star Bubbles LaRue quits, Joe, the stage manager, asks Mae to do a specialty number, but Mae secretly arranges for Peggy to do the number instead, and her performance is so good that she is given the starring spot.