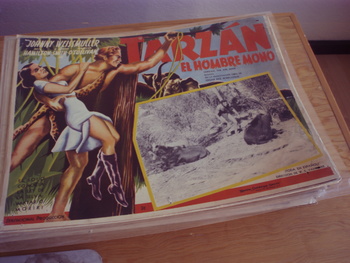 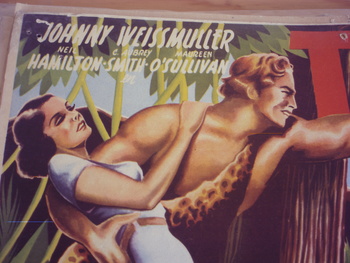 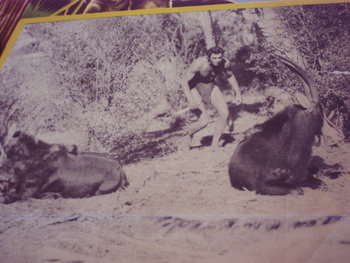 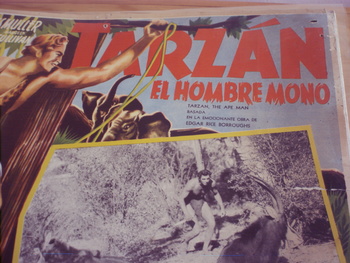 Good evening everyone,
It has been awhile since I have bought anything as garage sales/bazars here in Mexico are much different then in North America. I'm always looking around though and was happy when I found this used book etc. store the other day. It hasn't been open for very long so I decided to check it out. It took me less then 5 minutes to decide not to even go through the books. Beside some books on some shelves is where I spotted some old movie theater lobby cards. I asked the owner if he had more and he pointed to more piles farther over. As I was going through them all I was seeing were Mexican movies then to my surprise the above Tarzan the Ape Man lobby cards ( approx. 13"x17" they tend to be a little larger the the American cards ) appeared. This movie was Johnny Weismuller's first big screen movie and his first Tarzan movie. Well I continued digging through all the piles and found some other interesting classic American movies along with the Tarzan Lobby cards they are in Spanish but the colors and scenes were too interesting not to buy some.

James Parker (C. Aubrey Smith) and Harry Holt (Neil Hamilton) travel in Africa, on a quest for the legendary elephant burial grounds and their ivory. They are joined by Parker's daughter Jane (Maureen O'Sullivan). Holt is attracted to Jane, and tries somewhat ineffectively to protect her from the jungle's dangers. He notably fails to prevent her abduction by the jungle's guardian, the mysterious Tarzan (Johnny Weissmuller) and his ape allies.

The experience is terrifying to Jane at first, but as their relationship develops, she finds herself happy: "Not a bit afraid, not a bit sorry." As she returns to her father, her feelings are brought to a test. She wants Tarzan to come with her to London, and to be part of her world. But Tarzan turns his back on her and returns to the jungle. Her father tells her that is where Tarzan belongs, she cries, "No dad, he belongs to me."...