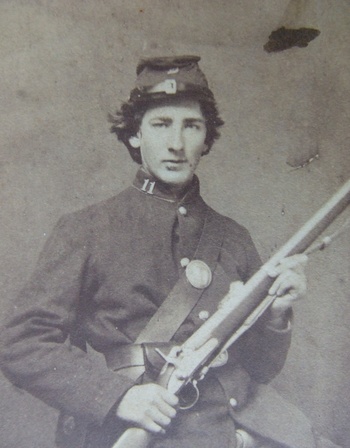 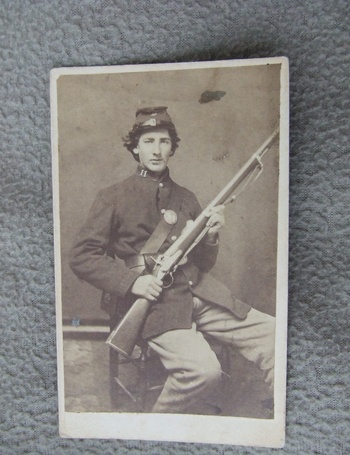 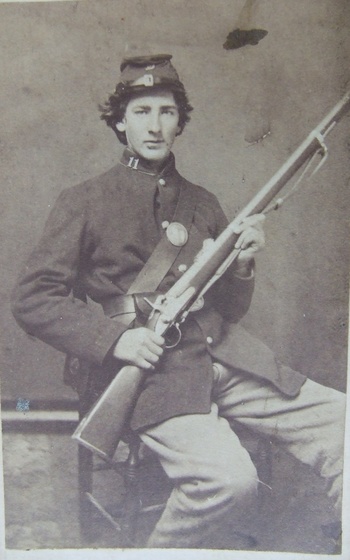 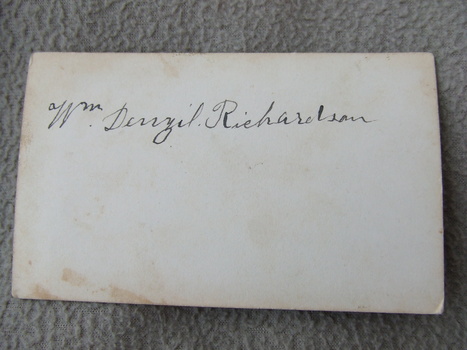 I got this cdv in a large grouping of Wisconsin images-- most dating from the Civil War.

This particular image turned out to be a real prize.

The young man is wearing the early war Wisconsin State Blouse. The jacket was cut like the Federal issue frock coat, but only has a 5 button front and doesn't extend down as far.

Additionally, the soldier has pinned his regiment numeral "11" on his coat collar.

The period ink on the back identifies the soldier as William Richardson, Company B, 11th Wisconsin Infantry.

Richardson enlisted in September of 1861 and served almost 2 years with the Regiment.

He met his fate on 11 JUL 1863, during a small engagement at Jackson, Mississippi.