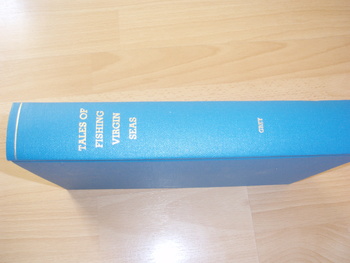 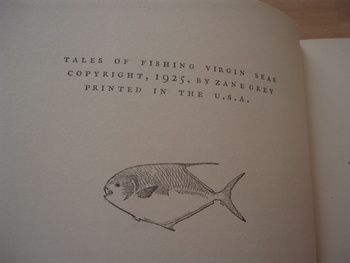 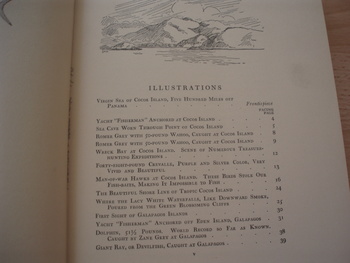 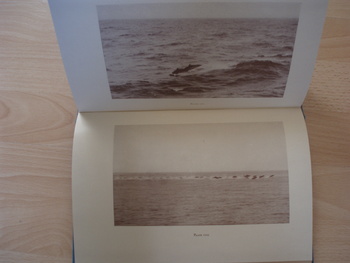 Good evening everyone,
Living in Manitoba as a young boy I learned to fish at a young age in the river, the many lakes, and at the dam where all the fishermen of all ages gathered. I had to get up early on Saturday morning and race down to the dam on my bicycle in order to find a good spot before many others arrived. There was an abundance of jack fish, pickerel, and even walleye. Those were great days. The lakes had trout and of coarse the above mentioned fish.
I got hooked on reading Zane grey fishing books dreaming about one day trying some deep sea fishing as his books were so full of his many fishing adventures. Pictured above is one of Zane Grey's books titled " Tales of Fishing Virgin Seas" which was published in 1925. The above book was printed later in 1925 and is a second edition. It is missing the dust cover. The fourth photo is of a school of Dolphins. The first edition was published by: New York & London: Harper & Brothers, 1925. Smith, Lillian Wilhelm. First Edition. Hardcover. First edition as stated on copyright page along with the publisher's code, K-Z . The copy pictured above simply says copyright by Zane Grey 1925 and does not have the K-Z publishers code making it a later edition.

Pearl Zane Grey (January 31, 1872 – October 23, 1939) was an American dentist and author best known for his popular adventure novels and stories associated with the Western genre in literature and the arts; he idealized the American frontier. Riders of the Purple Sage (1912) was his best-selling book. In addition to the commercial success of his printed works, they had second lives and continuing influence when adapted as films and television productions. His novels and short stories have been adapted into 112 films, two television episodes, and a television series.

Zane Grey had the time and money to engage in his first and greatest passion: fishing. From 1918 until 1932, he was a regular contributor to Outdoor Life magazine. As one of its first celebrity writers, he began to popularize big-game fishing. Several times he went deep-sea fishing in Florida to relax and to write in solitude. Although he commented that "the sea, from which all life springs, has been equally with the desert my teacher and religion", He felt the sea soothed his moods, reduced his depressions, and gained him the opportunity to harvest deeper thoughts:
I enjoy the Zane Grey fishing and outdoor adventure books the most.