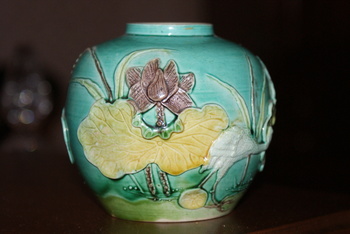 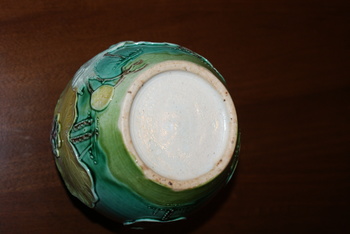 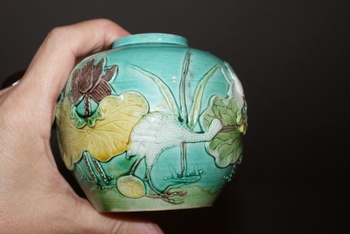 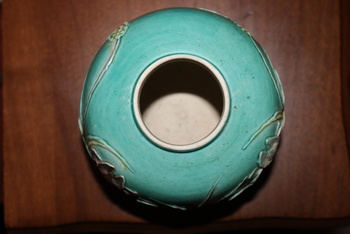 I found this little vase and thought it was rather nice. It is very delicate and has applied images of a crane and what I believe to be lotus flowers.
The vase is unmarked.

Surfing the net, I found several items of varying sizes with this decoration. Some were described as: Chinese Wang Bing Rong pottery ginger jar. Most of them were marked with a red mark or some kind of an imprint. Many were "in the style of" Wang Bing Rong.
I don't think that my vase is an original. I still think it is cute.