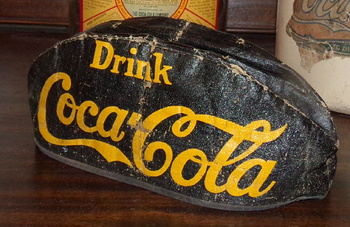 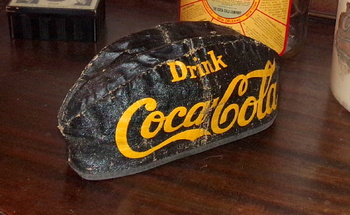 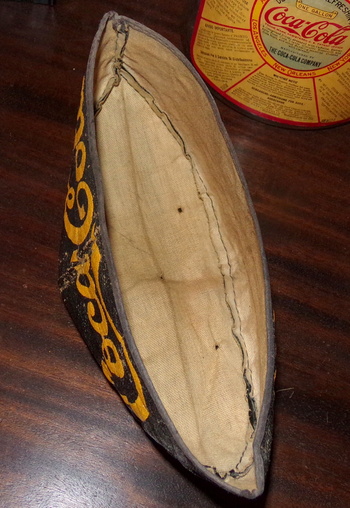 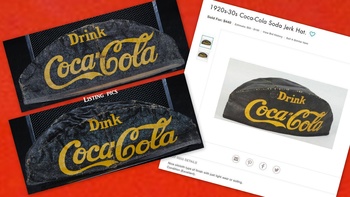 Condition is important when collecting. But this old oilcloth cap even in rough condition was a bargain eBay BIN at less than a Jackson.

This thing even smells old (the good kind). TGBWC found an auction record for one, described as "1920's-1930's". I wouldn't be surprised if it's on the early end of that range, or maybe teens. Age, colors, logo, and material make this cap worthy of display.

I tried it on.