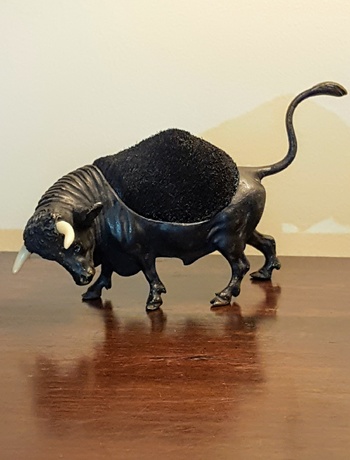 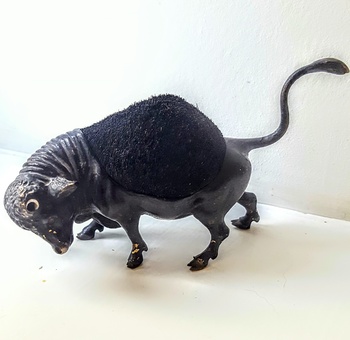 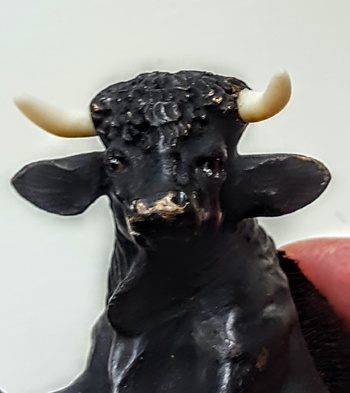 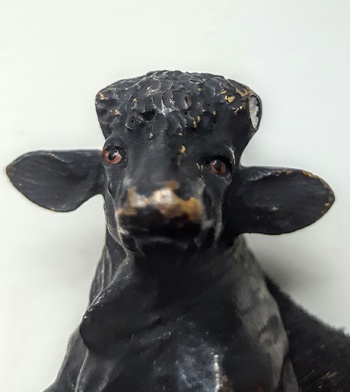 The poor little guy looked silly with no horns and a massive curly hairdo ;-D

He certainly had once ivory horns, but my kyratisation's ethic doesn't allow killing an elephant to take off his tusks...

White polymer clay tinted with coffee did the job for his prosthetic new horns!

He is even anatomically correct! ;-))