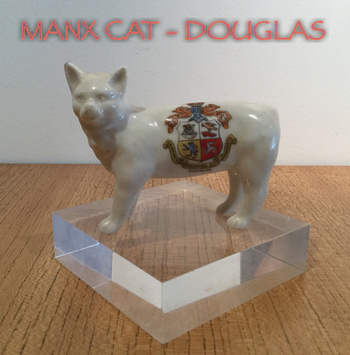 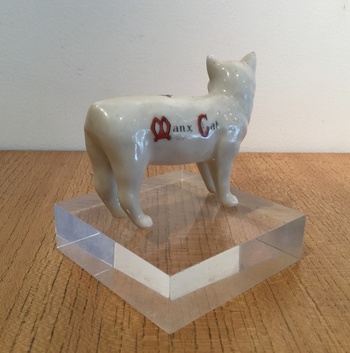 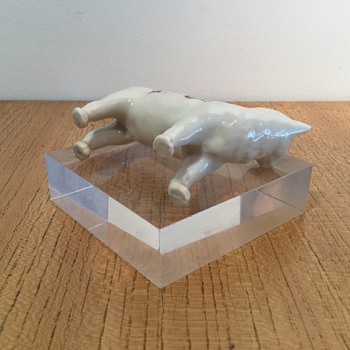 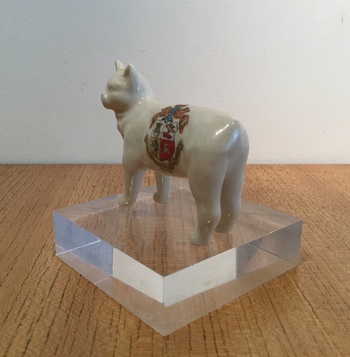 "Douglas is the capital and largest town of the Isle of Man, with a population of 27,938. It is located at the mouth of the River Douglas, and on a sweeping bay of two miles. " Wikipedia

The Borough of Douglas coat of arms were granted on March 2, 1896.

In the dexter chief corner, an old Viking Ship is placed; in the adjoining quarter the Eagle and Child, representing the Arms of the Derby family. Immediately under the Viking Ship is placed a Lion Rampant, representing the Arms of the Athole family; and in the quarter adjoining, the Three Legs of Man ungartered, the whole being surmounted by the Monarchal Crown of Her Majesty the Queen, as Lord of Man.

Underneath is a scroll containing the words in the Manx language : " Kiannoortys cheusthie jeh Kiannoortys" which, in English means 'Government within a Government' , the Latin being 'Imperium in Imperio'.

Manx cats are without tails. Mostly. But I had no idea about the reasons why and the variations possible :

* Rumpy (rumpie) or dimple rumpy – having no tail at all, though often a tuft of hair where the tail would have grown from the rump.

* Riser or rumpy riser – having a bump of cartilage under the fur, most noticeable when the animal is happy and raising its tail end.

* Stumpy (stumpie) – having a partial tail of vestigial, fused vertebrae, up to about 3 cm (1 in) long.

* Stubby (stubbie), shorty, or short-tailed – having a short tail of non-fused bones, up to about half an average cat tail.

* Longy (longie), tailed, or taily (tailie) – having a half- to normal-length tail.

"The Manx taillessness is caused by a mutation that probably originated among the island’s native shorthair cat population and, because it is a dominat gene, spread to the other cats on the island. Although the original island cats were shorthairs, the longhair gene was undoubtedly introduced during the long rule of the Vikings, when the the longhaired beauties that are the ancestors of today’s Norwegian Forest Cats left the Viking ships and comingled with the native cats. The Manx cat is the working cat on the Isle of Man and, as such, has a strong constitution, great intelligence, and a personality that is active yet not hyperactive."
http://cfa.org/Breeds/BreedsKthruR/Manx.aspx

Vintage Made in Japan Christmas Fig...
$21