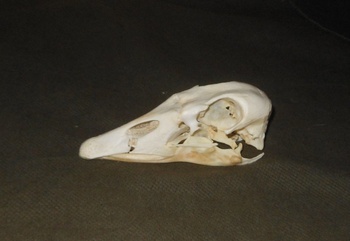 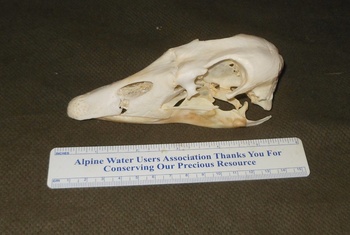 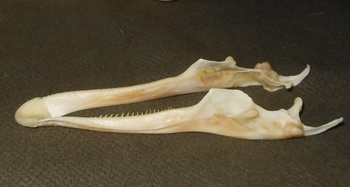 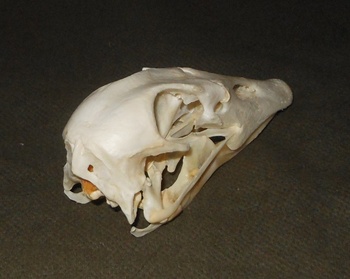 Yes geese have teeth which is the most interesting feature of this skull. I was collecting skulls a few years as I was in an oddities faze. Thus the giant insects and others. Just bought this two weeks ago as I have a soft spot for these and it is a bit unusual. The skull is almost 6" long and as mentioned earlier it has teeth. They aren't large but will leave a mark plus give the goose a good grip.
Geese are known for being aggressive. Some people use them like guard dogs.