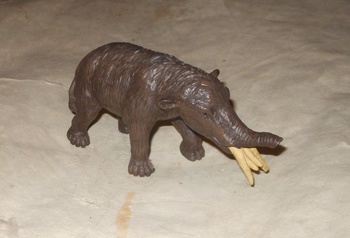 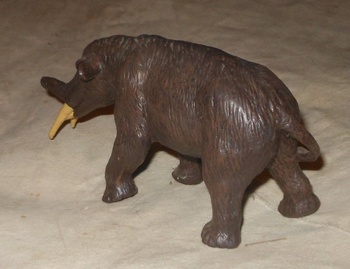 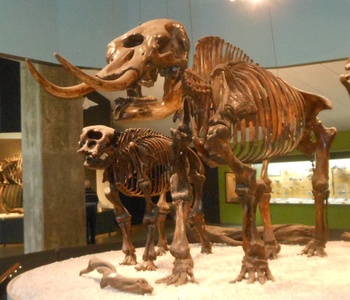 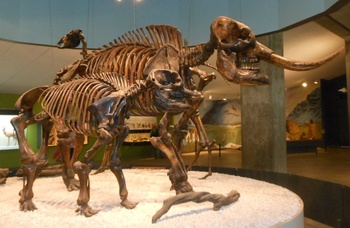 I had a behind the scenes tour of the La Brea Tar Pits this week. In honor of that I am posting prehistoric mammal souvenirs I have picked up there over my last few visits. Also as a free bonus photos of specimens from the museum.
As for the La Brea Tar Pits it is the largest source of Pliocene fossils in the world and it is in the heart of downtown LA. In the long ago (30,000 years or so) Mammoths and Mastodons lived together, it is rare that these two species occupied the same area. Mastodons were a bit shorter than modern elephants. I think they weighed about the same as an Indian Elephant.
I bought this Bullyland Mastodon on a visit in the early 2000s. Had I known the Bullyland prehistoric mammals were soon to be rare I would have bought some more. Apparently they had been discontinued or soon were to be. As good prehistoric mammal figures are not common these were desirable among collectors. It tends to be rare for newer figures to go up in value.
Photos 3 and 4 are from the tar pits at their museum. It is an adult and juvenile mastodon. The pits are still active and they are still removing prehistoric remains from them.