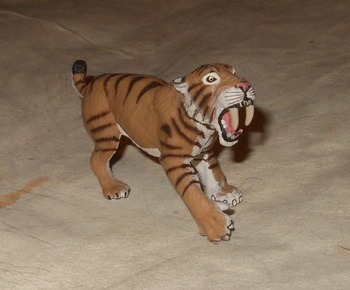 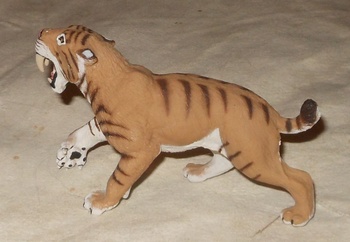 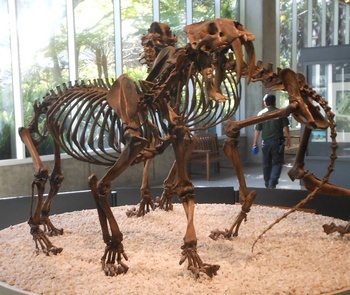 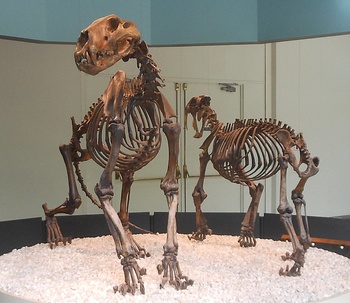 It used to be the Saber Tooth Tiger and than it was the Saber Tooth Cat but the official name was always Smilodon. Don is Greek for tooth so whatevertooth is a popular name for prehistoric creatures. Anyway if you look at the fossil photos it is clear that Smilodon was not a tiger. Next to it is what is now called a Giant Jaguar which is built like a tiger but bigger. The back legs of Smilodon are shorter than the front legs unlike other cats which have longer back legs. Smilodon was about the size of a modern lion or tiger.
The fossil friend featured in photo 4 is the Giant Jaguar. It used to be known as the American Lion but apparently is more closely related to Jaguars. It is a bit of a dumb name but they have a skull the size of a grizzly bear.
Finally on to the subject of this post which is my souvenir I just picked up at the La Brea Tar Pits. It is made by Safari Ltd and is a current item. Safari is probably the leading manufacturer of this type of toy. Making toys worthy of adult collectors.
I have been a prehistoric creature fan for as long as I can recall so I keep track of this sort of stuff.