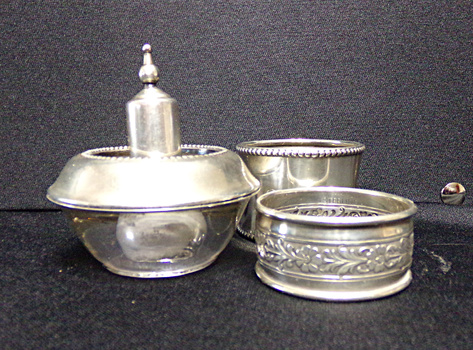 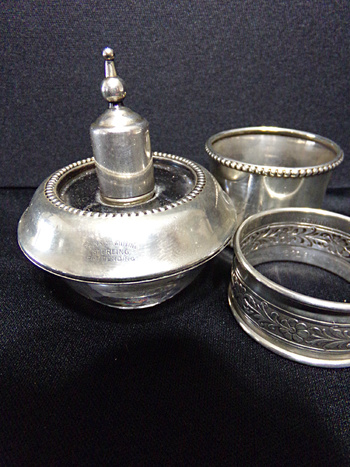 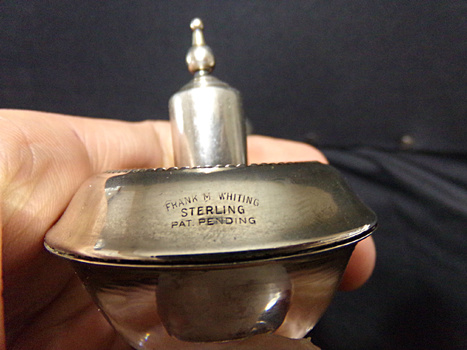 Apparently this thrift store does not check their items very well, as all three pieces very clearly say STERLING on them. The price of each was between a dollar and two dollars. So I don't think that they read them.

The lighter is the most interesting. Not sure how it works, as the thumb wheel strikes only the wick.

I wanted to know the melt value of an average silver napkin ring (I don't have a scale to determine ounces), so I went looking to see how many ounces was average for a small Sterling napkin ring, just out of curiosity.

After doing simple calculations, I came to the realisation that the value of the silver in the napkin rings, is much lower than the Sold Listings for most on e-Bay. They, even for more plain pieces, seem to sell for $5 or more, more than the silver value.

Individual rings, not in sets and hard to match up-- yet they sell for what is, proportionally, a lot higher than silver melt value. I was quite confused.

I didn't know people actually collected napkin rings. I'm not even interested in them. But, I'll put them on e-Bay and expect to get $15 out of them, not including shipping. Strange world. 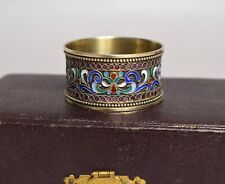 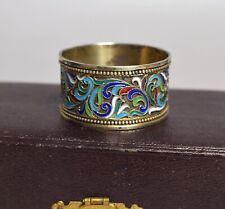 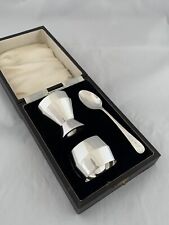 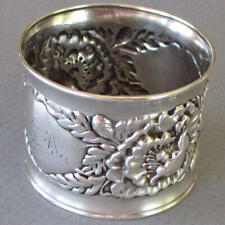