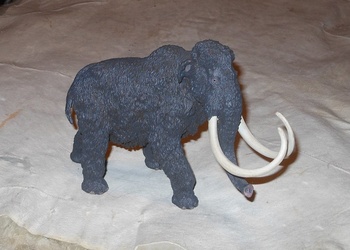 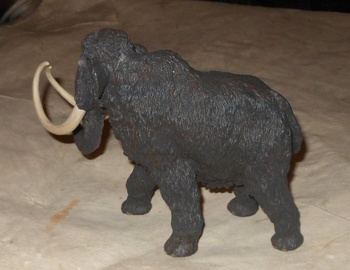 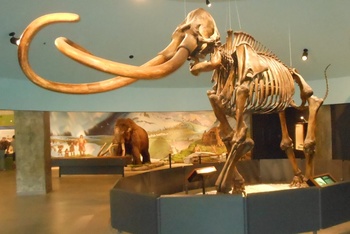 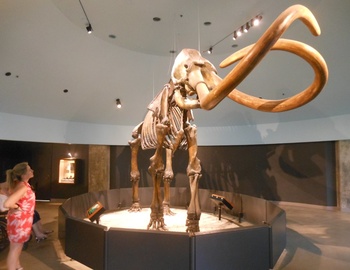 This one I picked up at the LA Museum of Natural History. It used to hold the La Brea tar pit's current collection but they built a museum at the tar pits. In the meantime the Natural History collection has a large collection of dinosaurs and prehistoric mammals. Some of the specimens are from the tar pits and some from other locations. Tar pit skeletons are easy to spot as they are a brownish yellow instead of white.
As to the figure it is a fancy version by Safari ltd called the Carnegie Collection. Due to the hair on it many people assume this is a Wooly Mammoth. It has the hair like one but the body looks more like a Columbian Mammoth which is a bit bigger and larger than an African Elephant. I think they made it a bit of a composite.
The figure is about 8 1/2" long and 5 1/4" tall.
The skeleton is from the Page Museum at the La Brea Tar Pits. It is a Columbian Mammoth and is rather impressive.