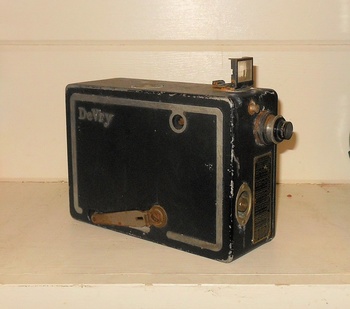 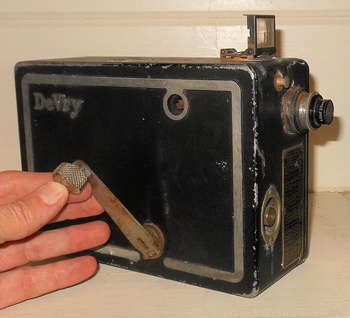 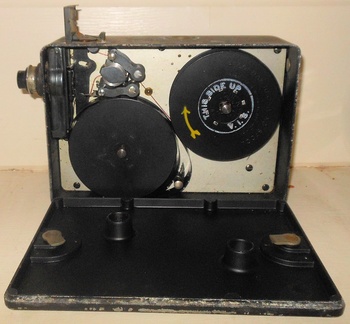 A fairly early movie camera circa 1930s. It is 16mm so probably for making boring movies seen in schools but better than the usual classroom lecture. Not sure if this has sound recording or not.
At 6 pounds it is rather heavy and probably would have been on a tripod. It was ran by wind up power although I am missing the key. What this does have is the manual crank shown by Mr Hand in photo #2 so it could be hand cranked in silent movie fashion.
It has film inside but it has been exposed often so I was told. I am going to try and thread it properly.