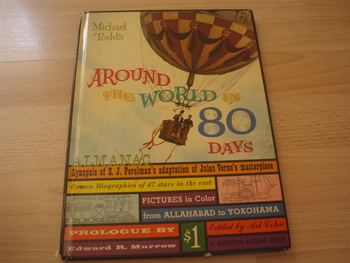 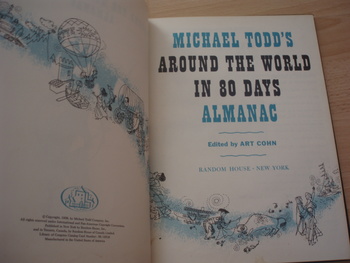 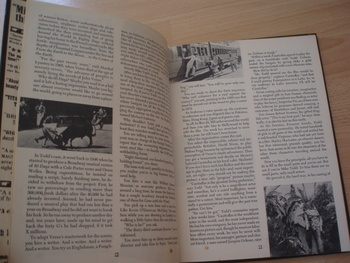 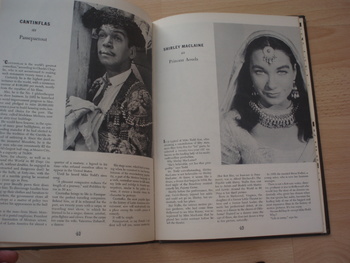 Jules Verne's novels have always been favorites of mine from Mysterious Island to the above pictured 1956 Random House First Edition Almanac featuring the Micheal Todd 1956 movie Around The World In 80 Days based on the 1873 Jules Verne novel. The movie was nominated for 8 awards taking home 5 of the 8 Oscar awards.
The cast of David Niven as " Phileas Fogg " an English gentleman, Mario Fortino Alfonso Moreno Reyes, known casually as Mario Moreno, and known professionally as Cantinflas as " Passepartout " (August 12, 1911 – April 20, 1993), was a Mexican comic film actor, Shirley MacLaine as Princess Aouda, along with many other stars.

Around 1872, an English gentleman Phileas Fogg (David Niven) claims he can circumnavigate the world in eighty days. He makes a £20,000 wager (around to £1.6 million today with four sceptical fellow members of the Reform Club (each contributing £5,000 to the bet), that he can arrive back within 80 days before exactly 8:45 pm.

It is an entertaining movie and moves right along right up to the end.