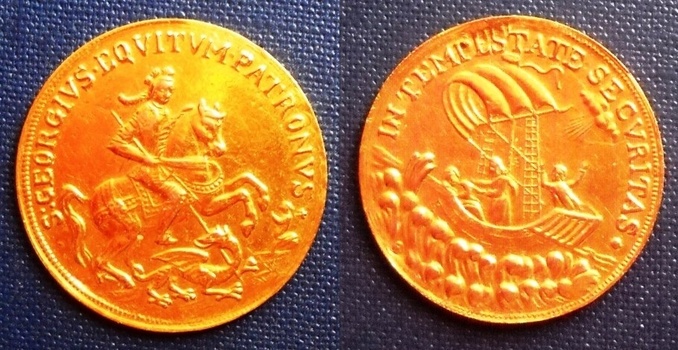 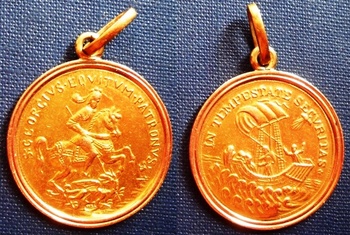 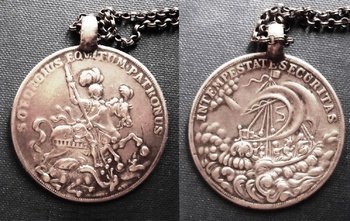 Kremnitz mint (now in Slovakia) was established in 1328. The most successful coin was its ducat with St.George on the horseback killing the dragon with a spear and the reverse depicting boat at rough sea, Christ and his disciples on the boat. Being lucky charm and very popular, numerous restrikes and later dies were made. Restrikes from old worn out dies and later dies lack details.
Picture 1.
Gold equivalent to 1 ½ ducat (4.78 g and 22 K).
Picture 2.
Restrike in 14 K gold with ``Fuchskopf`` (fox head) mark, Vienna assay office. Mounted in red gold.
Picture 3.
Silver medal, 18th century.
It is difficult to trace originals and restrikes, as well as medals, with details matching examples shown here. 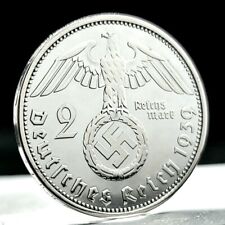 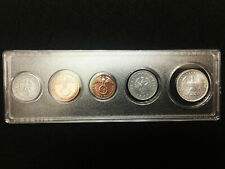 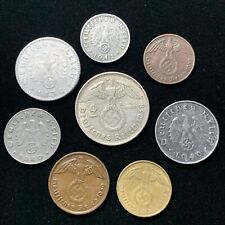