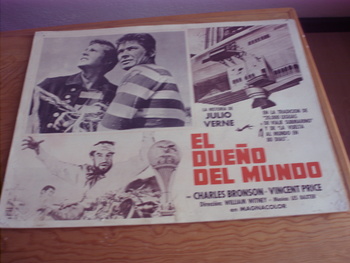 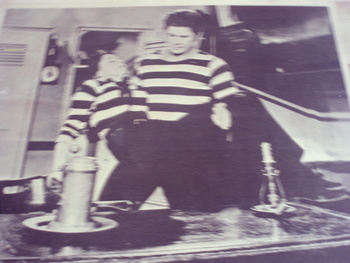 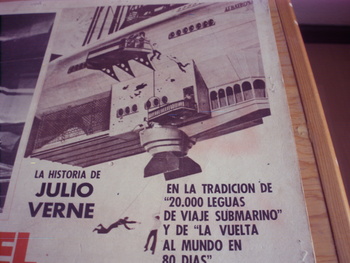 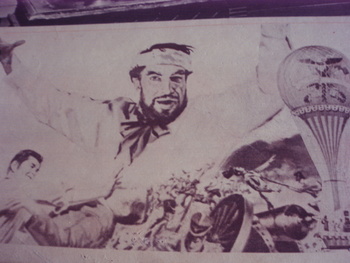 Good morning everyone,
I would like to dedicate this post to you wandlessfairy by posting this lobby card from the 1961 movie titled MASTER OF THE WORLD with VINCENT PRICE and CHARLES BRONSON.

Master of the World is a 1961 science fiction film based upon the Jules Verne novels Robur the Conqueror and its sequel, Master of the World. The movie was written by Richard Matheson, directed by William Witney, and features Vincent Price, Charles Bronson, and Henry Hull. American International Pictures.

A man known only as Robur (Price), shoots down and takes on board his flying ship Prudent (Hull), his daughter Dorothy (Webster), her fiance Evans (Frankham), all of whom were exploring a volcanic crater in their hot air balloon, along with US government agent Strock (Bronson), who had hired them to look for evidence of an eruption. The supposed eruption was caused by Robur working on his airship, who had also inadvertently broadcast a biblical passage over a voice amplifier, stirring religious fears among the citizenry of the nearby town. Robur has been traversing the globe in his airship, the Albatross, with a goal of forcing peace on the world by virtue of his superior military capabilities.