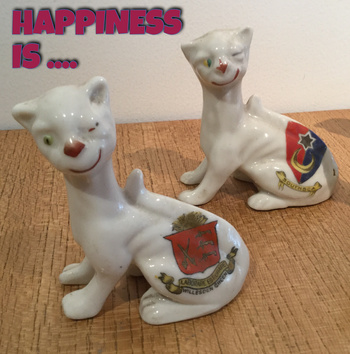 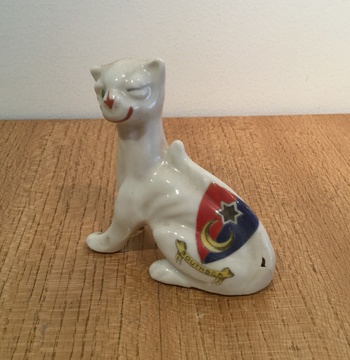 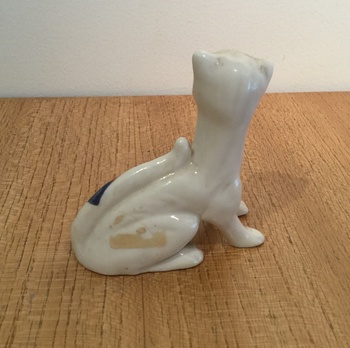 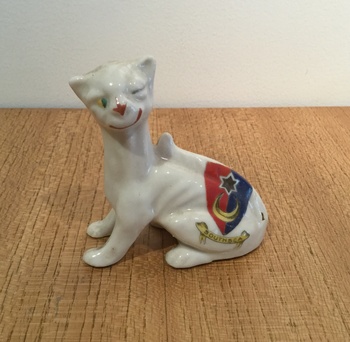 A second Crested China Cheshire Cat with the coat of arms of Southsea. Southsea is a seaside resort located in Portsmouth at the southern end of Portsea Island, Hampshire, England.

The borough of Portsmouth's coat of arms is described as "Azure a crescent or, surmounted by an estoile of eight points of the last."

This design of a crescent surmounted by a star of eight points also appear on the seal of the Chancellor, William de Longchamp, the Bishop of Ely, chancellor of King Richard I.

Southport has the same design but in this case half azure half red with a six pointed star.