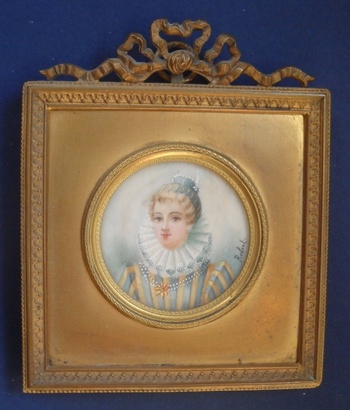 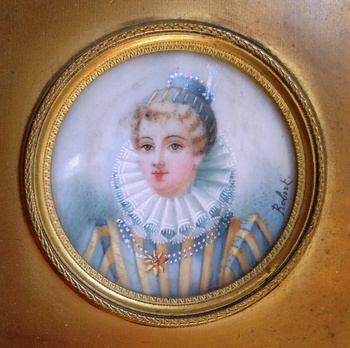 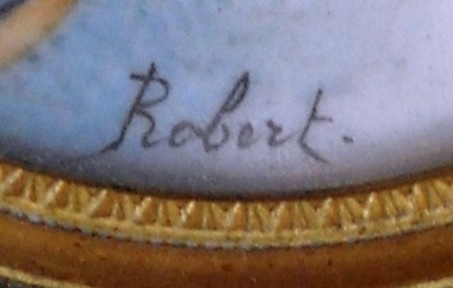 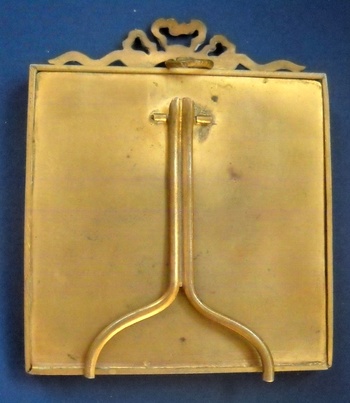 Miniature portrait on ivory signed Robert. Most likely French, 19th century. Gilt bronze frame is often found associated with Napoleon III period.
Historical dress is reminiscent of Elizabethan fashion. The artist possibly tried to depict young Elisabeth I. Just guessing, could not find any portrait of her matching the miniature.
The signature is ``Robert dot``. It looks French. (British should be Roberts but I may be wrong).
Unless proven otherwise it`s ``Ivory miniature of a young girl in historical dress, possibly French, second half 19th century``.