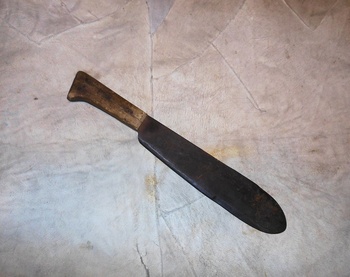 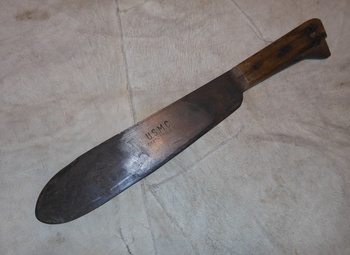 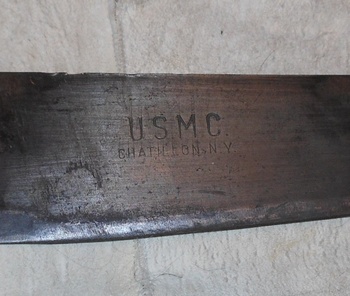 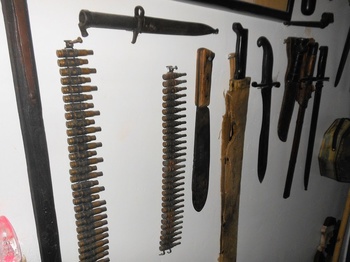 Another from Long Beach, it was quite the treasure haul.
This knife is often referred to as a bolo knife but apparently it is not quite a bolo knife. A true bolo knife blade would have a curve near the handle. There is a bolo knife in photo #4 on the right. But is is pretty much the same thing.
This was Navy Corpsman tool used to make litters and supposedly it did not have a point as medics (a navy corpsman is a Marine medic) were not allowed to have weapons. But as the Japanese did not recognize the Geneva Convention Navy Corpsmen could carry weapons. Plus this was issued to marines other than medics. History can be fuzzy now and then.
It is pronounced core not corpse for those who may want to know. 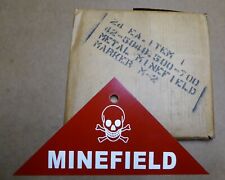