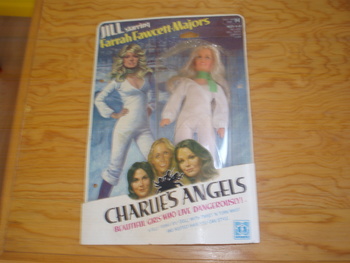 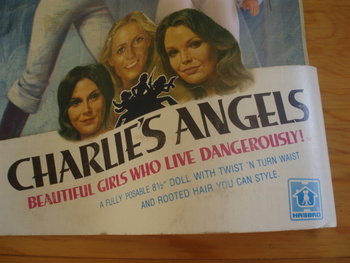 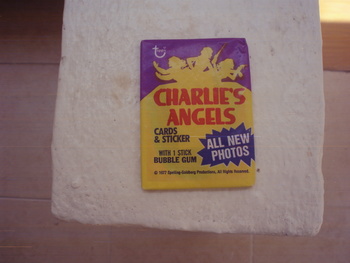 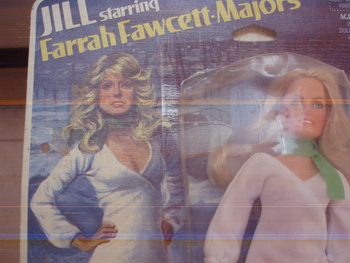 Good day everyone,
Pictured above is an unopened 1977 Charlies Angels 8 1/2" Farrah Fawcett Hasbro action figure/doll. I found this at a garage sale many years ago and the price was right. Through the years of buying unopened trading card packs sports or non sports I found an unopened 1977 series #3 unopened card pack from 1977 to compliment this popular TV series.

Charlie's Angels is an American crime drama television series that aired on ABC from September 22, 1976 to June 24, 1981, producing five seasons and 110 episodes. The series was created by Ivan Goff and Ben Roberts and was produced by Aaron Spelling. It follows the crime-fighting adventures of three women working in a private detective agency in Los Angeles, California, and originally starred Kate Jackson, Farrah Fawcett, and Jaclyn Smith in the leading roles, with David Doyle co-starring as a sidekick to the three women, and, John Forsythe providing the voice of their boss, the unseen Charlie Townsend, who directed the 'Angles' crime-fighting operations over a speaker-phone.

Despite mixed reviews from critics and a reputation for merely being "Jiggle TV" (specifically emphasizing the sex appeal of the female leads), Charlie's Angels enjoyed huge popularity with audiences and was a top ten hit in the Nielsen ratings for its first two seasons.