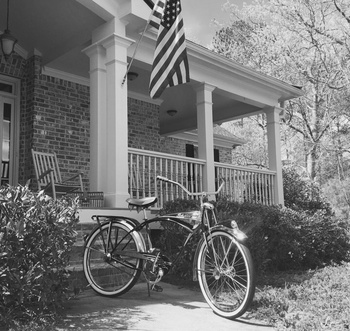 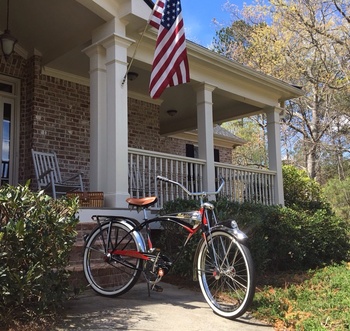 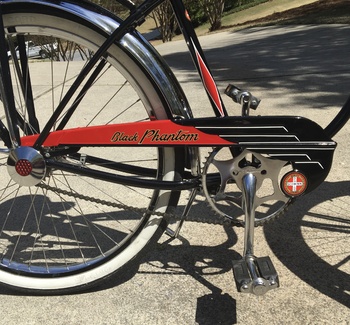 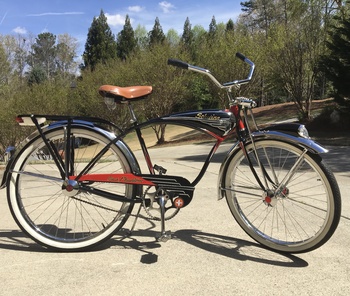 Baseball,hot dogs, Apple Pie, and Schwinn 1949.....I got this bike years ago from a guy in Michigan. Each bike was hand built in 1995 with pride and used the original tooling and equipment from 1949. These bikes sold back in 1995 for $2995 and were produced in the original factory for one year only. This would be the last Schwinn bike made in the USA. After that all Schwinn bikes are made in China. If you owned this bike back in 1949 for a price of $89..... you were a very lucky kid with the Cadillac of bikes. I've compared this to the original and its spot on in every detail. This bike was the 100th 1895-1995 anniversary edition. They made 5000 frames but only around 3500 were the centennial black phantoms the rest were painted either red or green and sold later. In 1949 they made 352,302 Black Phantoms . This one has a leather seat with heavy chrome fenders. Front, rear light and horn all work. The front fork locks and has a key. It's in mint condition and will stay that way stored in my garage in Ga. It still today shows the American pride of building a quality bike like no other. 22 years later there's no rust on the chrome or frame it's still like it came from the factory.