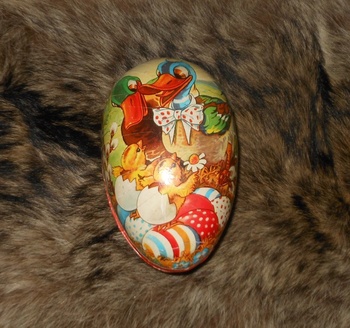 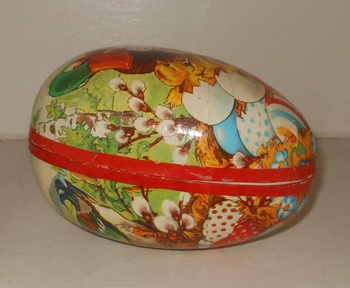 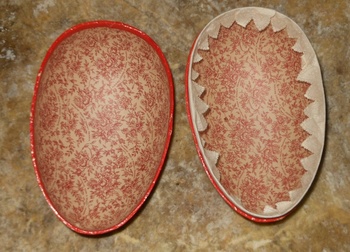 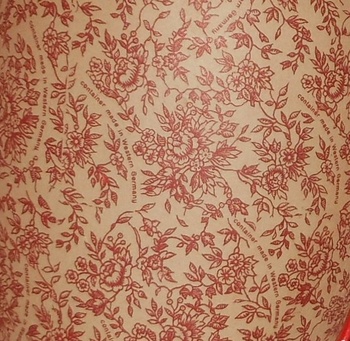 Western Germany is not the same as West Germany. Western Germany was the US occupied portion of Germany that was around from 1949 until 1953. After that it became the nation of West Germany. With not much industry at this time so they made items such as this.
This paper mache egg is 6" long and opens up to reveal an interior with a flower pattern inside. Printed repeatedly in between the flower pattern is "container made in Western Germany".
This egg features a very happy Mr and Mrs Duck with new pair of ducklings, still with the shells on their rear ends and they are stnding on Easter eggs. Now I need to get the rest of my Easter décor out.