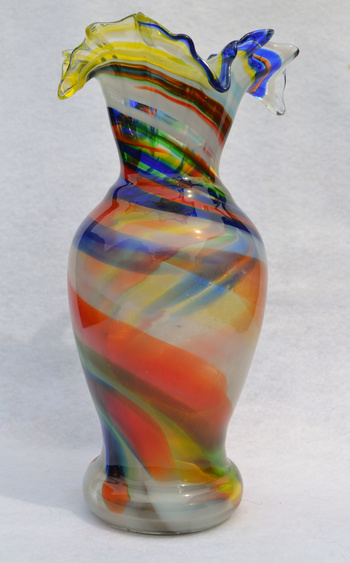 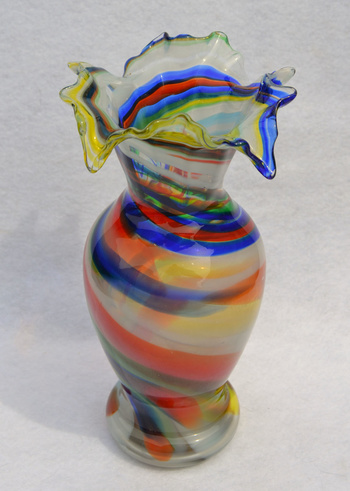 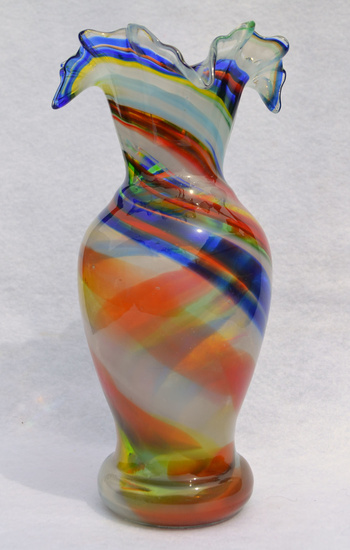 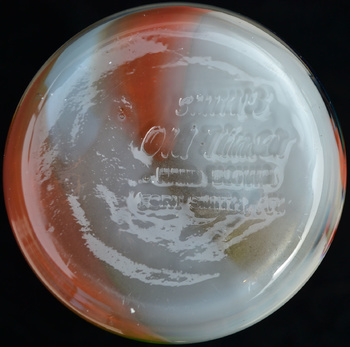 Smith's Old Timer Glass of Fort Smith, Arkansas is possibly the most recognizable of the many (at least a dozen - maybe two dozen) companies that produced what is being called "Sooner" or "Ozark Art" glass. Recognizable because they were the only company that regularly marked their product instead of applying a paper label. Unfortunately, they didn't mark everything they made. Ralph Smith's neighbor and brother-in-law Alvin Becraft (of Becraft Glass) made many identical items. Adding to the confusion, other nearly identical items were produced by the Scott Depot, Sunset, and Central Glass companies among others, all in the Arkansas-Oklahoma border area. This is the case not only with the blown vases but also with the larger pulled items like cornucopias, baskets, and swans - probably even more so as I've never seen a pulled piece that had a Smith's mark.
AMENDMENT - I have just seen a swan with an impressed "SOT". This means Smith's also made pulled pieces. It is unlikely that they were all marked.

This colorful vase was made by Smith's Old Timer and the underside has it's impressed mark. The vase stands 8 1/2" tall.